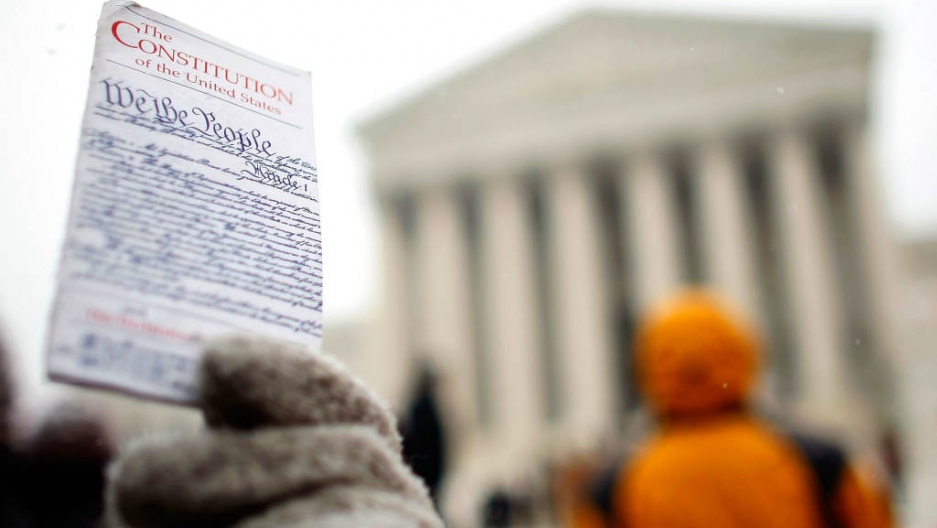 Explaining and understanding Article 2 of the US Constitution is no easy task.
Credit: Win McNamee
Share

A petition to the White House calling for action from Obama on gun control has broken all previous records, according to The Wall Street Journal, topping well above 170,000 signatures as of Tuesday morning.

User David G.'s petition, "Immediately address the issue of gun control through the introduction of legislation in Congress," created Friday, has far outstripped hundreds of thousands of petitions made to the US leader in terms of public support, said the WSJ.

“The goal of this petition is to force the Obama administration to produce legislation that limits access to guns," reads one part of the brief three-parapgraph petition. "While a national dialogue is critical, laws are the only means in which we can reduce the number of people murdered in gun related deaths.”

"The signatures on this petition represent a collective demand for a bipartisan discussion resulting in a set of laws that regulates how a citizen obtains a gun," says the petition, posted to the White House website's "We the People" forum.

The WSJ said the move presents a "direct challenge" to Obama's promised action on the gun issue following Friday's shooting in Newtown, Connecticut.

It also reflects rising outrage over 20-old shooter Adam Lanza's ability to arm himself with multiple weapons and hundreds of bullets before entering Connecticut's Sandy Hook elementary school on Friday, where he took the lives of 20 young children and six adults.

Additional petitions — both for and against new gun control measures — have since sprung up on the White House website. One calls for a ban on assualt rifles,  another for the repeal of the second amendment; a third calls on the administration to "not punish the tens of millions of law-abiding gun owners with ineffective and unconstitutional 'assault weapons' bans."

California Democratic Senator Dianne Feinstein told MSNBC's Meet the Press on Sunday that she will introduce a new weapons assault ban in Congress when lawmakers reconvene next month.