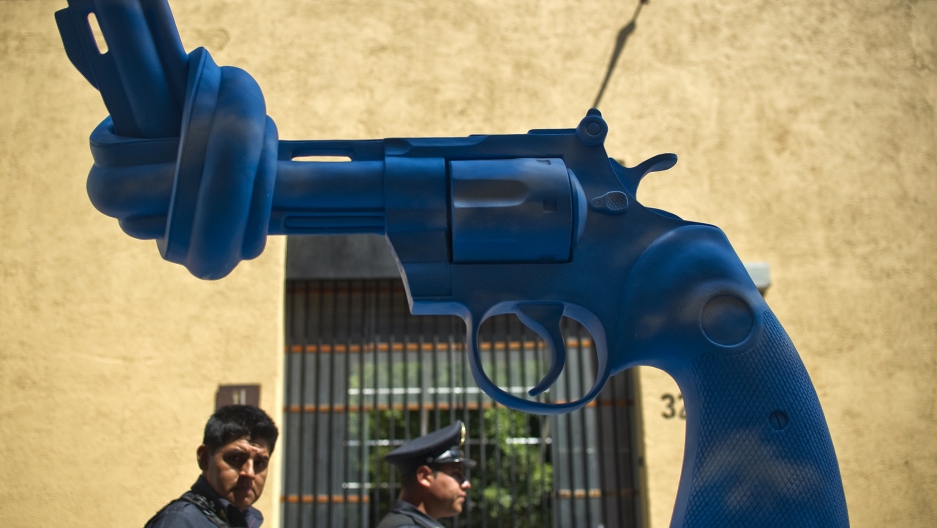 LIMA, Peru — Latin America has responded to the Newtown massacre with horror — and renewed bafflement at US gun laws.

Media in the region provided extensive reporting on the Sandy Hook Elementary School shooting, focusing on both the young victims and their killer, Adam Lanza, including speculation about his frame of mind.

But a common theme pervades much of the coverage: a questioning of what are widely viewed as the most permissive firearms laws in the developed world.

“The US has many more weapons per person than any other country in the world,” noted psychoanalyst Jorge Bruce in his column in Peruvian paper La Republica.

“The number of people who die from firearms is greater than all the terrorist attacks — which Americans fear so much — and the wars in Iraq and Afghanistan combined,” Bruce wrote.

“There is something far more disturbing and harmful than the mind of Adam Lanza in this behavior. The NRA has managed to intimidate the politicians, or at least bribe them with generous economic contributions.”

Latin America has the highest regional murder rate in the world, according to United Nations figures, and many of the killings are committed by firearms.

Yet the problem of gun violence in the US may not be comparable to that of Latin America, where there are often strong gun controls but laws are frequently unenforced due to police corruption and incompetence, a situation that Americans mercifully do not have to worry about.

This summer, even Venezuela, which has South America's highest murder rate (see On Location video) — roughly 10 times that of the US — finally banned private gun ownership.

In Mexico, a country that has long suffered the lethal spillover of the strict interpretation of the US Constitution’s Second Amendment, the reaction was similar.

Columnist Gabriel Guerra Castellanos, writing in Mexican paper El Universal, directly blamed the NRA for the “failed public policies [that] have brought the world’s most powerful nation to live more threatened by its own citizens than by any possible outside threat.”

He added: “The most obvious reason is, of course, the absolute ease with which virtually any citizen can acquire and/or carry arms that are designed and manufactured with the express purpose of killing as many people in as little time.”

Meanwhile, the Argentine paper La Nacion approvingly focused its coverage on the few voices in the US — apparently now including President Barack Obama’s — calling for firearm restrictions.

It quoted Obama’s speech in Newtown, Conn. on Sunday extensively, as well as the comments from New York Mayor Michael Bloomberg and California Senator Dianne Feinstein in favor of urgent gun-control legislation.

But the paper also noted the power of the National Rifle Association and its influence in US Congress. It cited a comment from congressman Louie Gohmert, who claimed the Newtown death toll might have been reduced had Sandy Hook principal Dawn Hochsprung been armed.

“I wish to God she had had an M-4 in her office,” Gohmert (R-Texas) said, in a remark that has attracted much flack on Twitter.

Meanwhile, in an editorial, Colombian paper El Tiempo expressed the hope that the sheer scale — and the tender ages of the slain — in Newtown would help pave the way for tighter gun controls.

“The serious thing is that, according to a Gallup poll from the end of 2011, 73 percent of all Americans say they are against a ban on [gun] possession,” the paper opined.

The paper's editorial writers may be heartened to know that a new poll by ABC News/Washington Post showed 54 percent of American respondents support tougher gun-control laws.

El Tiempo continued: “Hopefully, the consternation of Connecticut helps them to change their perception, and impose themselves on the NRA, with its 4 million members. Maybe.”