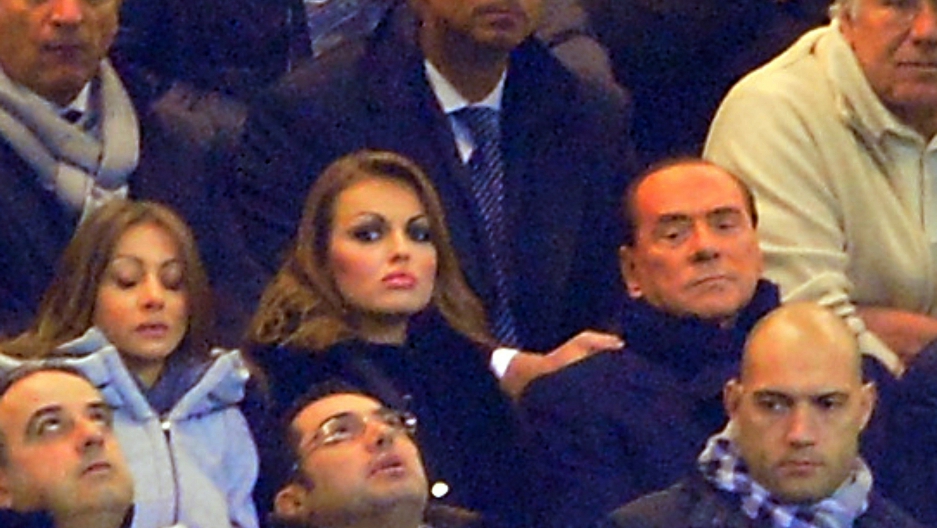 Berlusconi, who is 76 and has five children by two previous marriages, reportedly said:

"Finally I feel less lonely. I am engaged to a Neapolitan, it's official. She is 27 years old, with very solid values, beautiful on the outside and even more beautiful on the inside. She is very close to me, she loves me very much and I feel the same. My daughter Marina appreciates her and loves her very much too."

Berlusconi made the announcement on the talk show Domenica Live on his Canale 5 TV network, according to the Daily Telegraph, noting that Marina is 46.

The Telegraph said Pascale, a former shop assistant who served as a provincial councillor in Berlusconi’s centre-Right PDL party until she stepped down in July, had already been referred to in the Italian media as Italy’s new "first lady."

Media outlets tied Berlusconi's appearance on primetime television to the collapse in support for his re-election bid.

His own party has pledged allegiance to Italian Prime Minister Mario Monti ahead of elections in February.

Recent polls have shown that a Berlusconi-led campaign would end in defeat at the hands of a resurgent center-left.

Confusingly, Berlusconi has pledged to withdraw from next year’s election if Monti runs as the head of Berlusconi's center-right PDL.

The Independent quoted Berlusconi describing charges that he paid for underage sex with a prostitute as "a giant operation for defamation against me and against the Italian government, including on an international level."

The three-time prime minister said he had been "tricked" into hosting parties with young women at a time when he felt "lonely" after separating from his second wife.

Pascale, a founding member of a Berlusconi support group called "Silvio, we miss you," has been quoted as saying that her life revolves around three things — her family, politics, and Berlusconi.

“We have known each other for seven years,” Berlusconi said of her, adding:

"She was collecting money and using it for an aircraft which flew the message ‘Silvio, we miss you.’ Then with the last of the money she changed the message to ‘Silvio, I miss you.’"