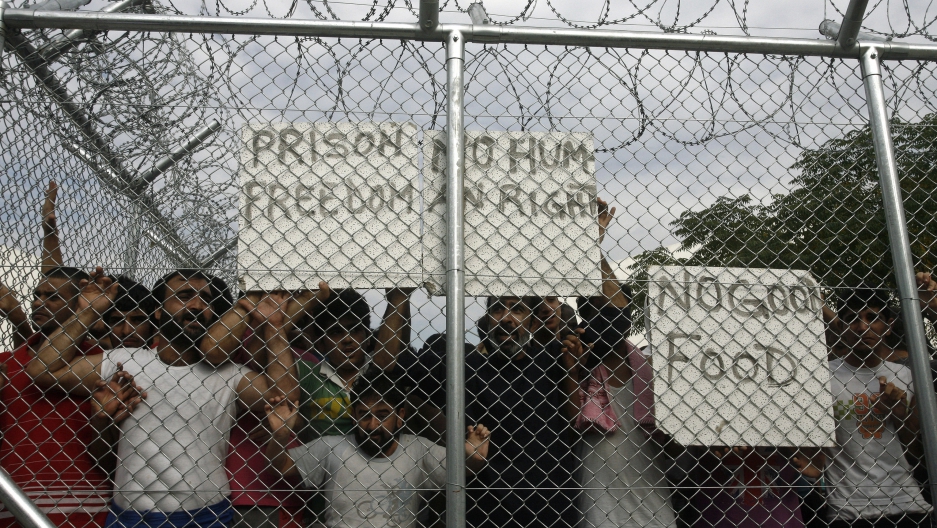 Greece completed a 6.5 mile border fence with Turkey in hopes of keeping out illegal immigrants.

The 13-foot barbed-wire fence took a year to build at a cost of three million euros.

Officials said that numerous river barriers will also be put in place along the river border, said AFP.

The border with Turkey has become one of the most important entry points for migrants entering Europe from Asia, the Middle East and Africa.

Kathimerini reported that over 100,000 immigrants were arrested attempting to cross the border in 2011.

Many of those detained are released into Greece because there is nowhere for them to go and Greece's detention centers are stretched beyond capacity.

Border guards say that the fence has made a huge impact with arrivals to the economically embattled country down 95 percent, reported AFP.

Greece and Turkey share a 125-mile border most of which is separated by the Evros river.

The fence is built on the only 6.5 mile stretch of dry land connecting both countries.

Many of those arrivals into Turkey from the poorest parts of the world seek to enter the EU.

Traditionally, migrants entering Greece did so by sea, from Turkey to many of the closest islands including Samos, Lesvos and Kos.

The border fence has seen a recent spike in those crossings again.

On Sunday, 21 migrants were drowned after their makeshift boat capsized off the coast of Lesvos.

Kathimerini reported that over 1500 migrants were detained while floating from Turkey to Greece during the summer months of 2012, a near 15-fold increase from the three months prior.