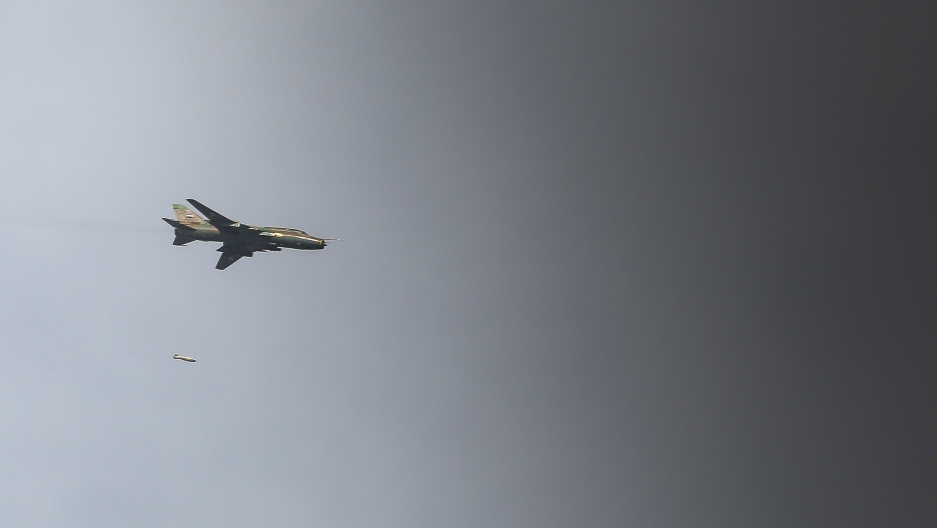 Syrian planes hit targets in a Palestinian refugee camp near Damascus on Sunday.

The Yarmouk camp was struck killing at least 25 people who were taking shelter in a mosque.

The bombings occurred in an area that Syrian rebels have been advancing toward the center of Syria's capital, reported Reuters.

It was the first aerial bombardment on the camp since the beginning of the uprising.

The bombing comes just a day after Syrian planes bombed the road to Damascus' international airport.

CNN said it was the sixth similar attack on districts in southern Damascus where fighting continues between rebels and the government.

There are approximately 500,000 Palestinians in Syria, and their loyalties lay both with the government and rebels.

A pro-government Palestinian militia is said to be fighting rebel fighters over the last two weeks.

Reuters said the pro-Assad Popular Front for the Liberation of Palestine-General Command (PFLP-GC) have been at war with Syrian rebels and their Palestinians allies within the camp, displacing thousands of people.

The PFLP-GC was created in 1968 in Syria and opposes both the PLO and any political settlement with Israel.

The group has deep links with the Assad government.

Yarmouk is the largest Palestinian refugee camp in Syria, and is about five miles from the center of Damascus.

There are about 150,000 people living in the one square mile district, which was created in 1957.

In August, a mortar attack killed at least 20 people in the camp.