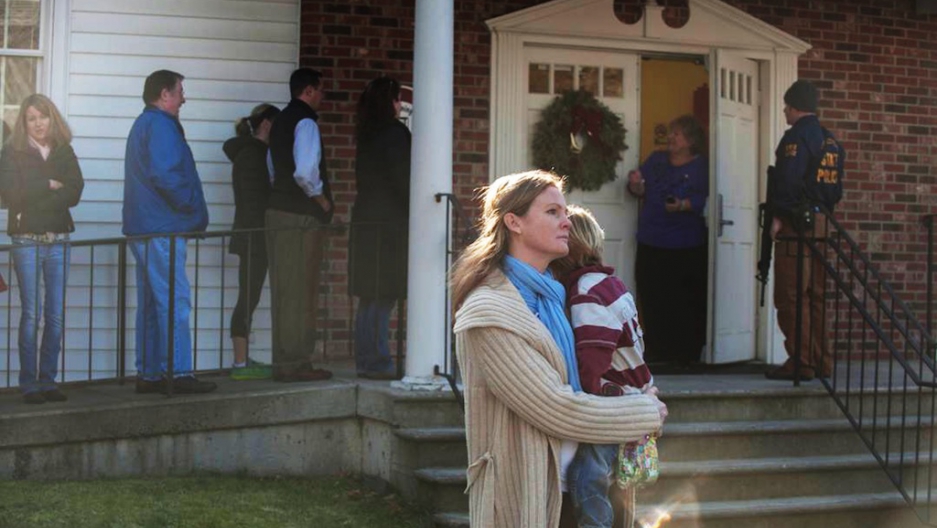 A woman holds a child as people line up to enter the Newtown Methodist Church near the the scene of an elementary school shooting on December 14, 2012 in Newtown, Connecticut.
Credit: Douglas Healey
Share

A Newtown, Connecticut church was evacuated due to a bomb threat only a mile from the place where 20 children and six adults were killed in a horrific school shooting on Friday, reported Reuters.

More from GlobalPost: Obama heads to Newtown for vigil

The incident comes as US President Barack Obama is en route to Newtown for a vigil tonight for victims of the shooting at Sandy Hook elementary school.

The Guardian's correspondent in Newtown reported a "scene just now in Sandy Hook that no one wanted to see," describing:

"The officers entered the building and torchlight could be seen inside. Outside, police in standard uniforms stood around the white building, some with weapons drawn. Three of the police officers stood behind broad trees outside. ... As press and some churchgoers watched, the situation remained the same for around five minutes, before finally the officers in SWAT gear left the building. They walked more casually this time, and the man with a shield held it down by his side."

The Associated Press said police have yet to release an official report.

Further details were not immediately available.