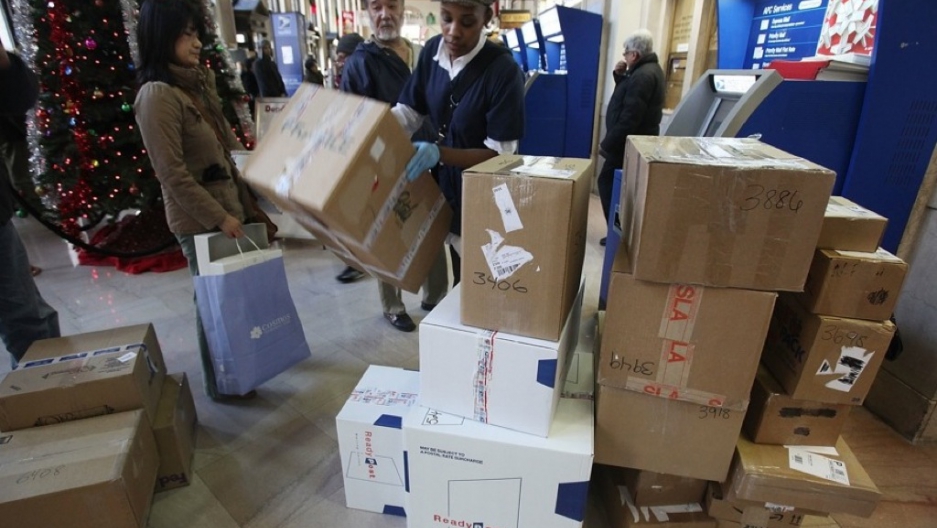 People wait on line to mail packages ahead of the Christmas holiday at the James A. Farley Post Office in Manhattan.
Credit: Mario Tama
Share

The ghost of Indiana Jones is haunting the University of Chicago with the arrival of a parcel containing an exact replica of a journal from "Raiders of the Lost Ark," according to The Chicago Tribune.

The school's admissions department got the mailing and dutifully searched for the person it was addressed to: Henry Walton Jones Jr. The name did not appear on register records.

A student admissions worker heard about it and balked at the staff. Seriously, guys? You're that gullible? "[T]he kid came back laughing once he Googled it," school counselor Grace Chapin told the Tribune. "Some of us are in a haze with finals, you know, so he said it was Indiana Jones' name. Then we opened it, and it was very bizarre. There was no explanation as to why it was with us, so we talked about it and decided to put it online."

After determining the item was unrelated to this replica that had just sold on eBay, officials were at such a loss as to what to do that they "turned to Tumblr for answers," said the Associated Press.

Meaning, they put it on Tumblr in the hopes someone will see it and explain why the replica of California professor Abner Ravenwood's journal had been sent to the school -- a pretty digitally-savvy approach to the problem. (One suspects the student was still advising school officials at this point.)

"The book itself is a bit dusty, and the cover is teal fabric with a red velvet spine," the Tumblr post says, and it even has "some cool old replica money."

Lucasfilm, the studio that made the popular 1980s Indiana Jones series, told AP they had nothing to do with the delivery.

But that doesn't mean they're not curious.

“We don’t know where the package came from but would love to know,” a spokesperson told Wired.