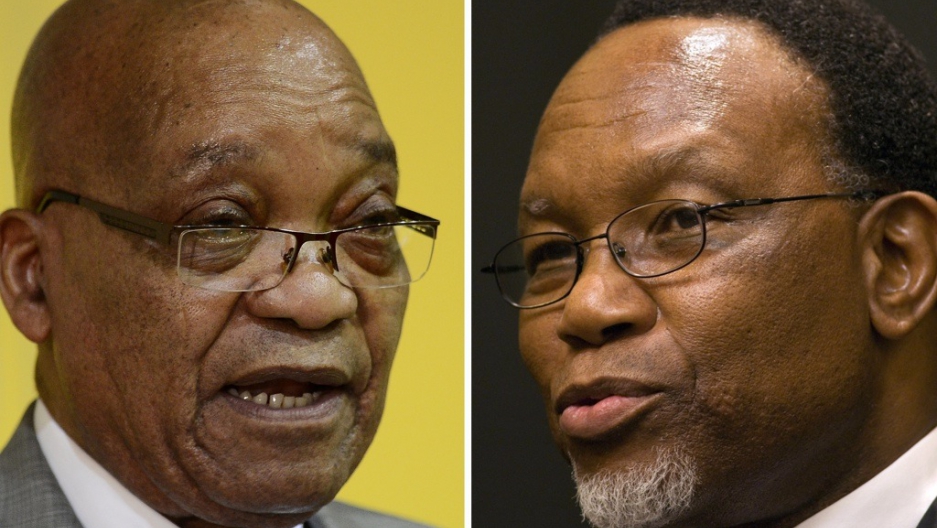 CAPE TOWN, South Africa – While Nelson Mandela remains in hospital, his successors are squabbling over the leadership of the political party he once led, the African National Congress.

Thousands of ANC delegates will gather Sunday to elect the party’s top brass in the city of Bloemfontein, also known by its African name, “Mangaung.” Held once every five years, the ANC conference will likely be a raucous affair.

The delegates will in effect be choosing the country’s president. The ANC, which has been in power since the dismantling of the racist apartheid system nearly two decades ago, continues to enjoy a hefty political majority.

President Jacob Zuma is widely expected to win another term as ANC leader, but it may not be a cakewalk. He is facing an unprecedented challenge to his rule, coming from his deputy, Kgalema Motlanthe.

A spokesman for Motlanthe confirmed Thursday he will run against Zuma at the Mangaung conference. It would be like Barack Obama facing off against Joe Biden at the Democratic National Convention.

It’s a risky gamble for the deputy president, who appears to be trailing Zuma significantly in the pursuit of conference delegates. If Motlanthe loses, he will likely also lose his position as Zuma’s deputy.

But his presence in the race could also spark a major battle for Zuma, who is under increasing attack for allegations of corruption and profligate spending, particularly on the controversial “security” upgrades to his rural home at Nkandla, which taxpayers funded to the tune of $28 million.

Susan Booysen, a politics professor at Johannesburg’s University of the Witwatersrand, said Zuma is likely to win again as ANC president, and there will be a “dark” five years ahead.

This has been a tough year for South Africa, which was badly shaken by the police shootings of 34 people during a wildcat strike at the Marikana platinum mine in August. A wave of strikes in the mining and agricultural sectors followed, and Zuma was accused of poor leadership over his handling of the crisis.

“Zuma as a candidate doesn’t bring hope for things to be turned around,” Booysen said. “We do not see the urgency in the policy being discussed at Mangaung.”

At the last ANC elective conference, held in Polokwane in 2007, Zuma was behind an internal revolt that ousted Thabo Mbeki as party leader, leading to his “recall” as the country’s president.

Motlanthe, a quiet, inscrutable man, then served as caretaker president for South Africa before Zuma took over after the 2009 election.

In recent weeks, Motlanthe has repeatedly dodged questions over whether or not he will run for ANC president, leaving his decision to the last minute.

But nevertheless, Motlanthe has been nominated by ANC branches in the provinces of Limpopo, the Western Cape and Gauteng, which includes the cities of Johannesburg and Pretoria. He has also received the backing of the party’s influential youth league.

William Gumede, author of “Restless Nation: Making Sense of Troubled Times,” said Motlanthe is subtly “emphasizing principles” in his challenge to Zuma, to set himself apart from the competition.

The politicking comes at a tense time in South Africa, with the nation fearing for the health of Mandela, its revered elder statesman. The 94-year-old former president has so far spent six days at a Pretoria military hospital, where doctors say he is responding to treatment for a recurring lung infection. But it is unclear when he will be released.

Zuma on Thursday attended the official unveiling of a Nelson Mandela statue in Bloemfontein, scheduled to be held just ahead of the ANC conference. The 26-foot-tall bronze statue, donated by a local businessman, now overlooks the city from a small nature reserve.

It was in Bloemfontein that the ANC was founded a century ago, making it the oldest liberation movement in Africa.

Zuma told the crowd: “This statue of the first president of a democratic South Africa reminds us, as it faces towards Mangaung, of the path that we as South Africans have traveled in our struggle to be free.”