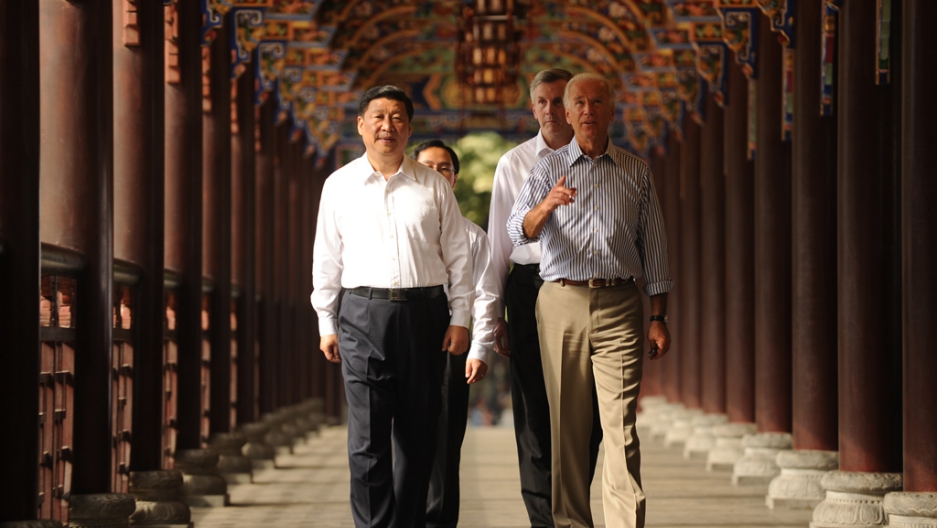 HONG KONG — Chinese politicians are going through a bit of a dress-code revolution.

In his first major public visit to the southern city of Shenzhen, incoming president Xi Jinping set a casual example for his fellow Communist Party cadres by spurning the usual boxy suit and red tie for a white shirt, unbuttoned at the collar. In photos of the event, the six other members of China’s top ruling body, the Standing Committee, also appeared dressed down — albeit in nearly identical attire.

In any other country, these minor sartorial and personal details might not be fodder for political debate, but in the heavily-symbolic political system of China, such variations are often taken as real clues to reform.

Think of it as a bit like Silicon Valley in the 1990s: when tech execs began showing up to work in flip-flops, it represented a radical re-thinking of corporate culture that eventually translated into real change in the way companies were run.

So is something like that about to happen in China?

That, apparently, is the message Beijing wants to send to its people. In the days after Xi’s visit, state-run media have been full of reports stressing that the changes in style represent an invigorating shake-up of China’s stultifying bureaucracy.

“A few weeks after taking office, China's new leaders have given the public a lot to talk about, particularly their attempts to shake bureaucracy,” says one report in Xinhua. By encouraging officials to speak freely at meetings, instead of reading monotonously from prepared scripts, Xi Jinping “marked the latest move by new leaders to uphold a no-nonsense, down-to-earth style of work.”

Many Chinese citizens are apparently welcoming the more informal style. In a survey conducted by the China Youth Daily, 91 percent of respondents said they dislike officials who speak in clichés, while 71 percent said political boilerplate harmed people’s trust in the government.

“Good; a new high leadership, a new lifestyle, a new working style. I hope what we are seeing is consistent with what actually exists; if so, there’s great hope for everything,” said a user on Weibo, in a translation by China Digital Times.

So far, there appears to be some substance to back up the talk of a Party shake-up. Li Chuncheng, deputy party secretary of the southwestern province of Sichuan, was fired this week due to suspected "serious violations of discipline," according to Chinese state media. He is the highest ranking official to be sacked since Xi Jinping took office.

In Guangdong Province, authorities have introduced a pilot policy requiring officials to disclose their assets. On Dec. 11, the Politburo Central Committee agreed to reduce “extravagance, formalism and bureaucracy” by banning floral arrangements, fancy banquets, and red carpets during official visits.

What has many people skeptical is that the Party has talked up reform frequently in the past, without following through.

“The rhetoric is encouraging, but it is premature to get too excited as so far we have seen no substantive policy changes,” says Bill Bishop, an investor and analyst in Beijing.

Phelim Kline, a senior researcher at Human Rights Watch, pointed out that there was similar rhetoric around previous president Hu Jintao, who promised to improve the rule of law in China, but failed to deliver. “Real substance [is] needed to earn the ‘reformer’ rep,” he said.

More from GlobalPost: Mo Yan gets no love from literati

The style changes seem partly intended to counter the daily drumbeat of sex and corruption scandals that have deeply eroded public trust in the Communist Party. This week in Jinan city, officials drew outrage for commissioning a $640 million building that will be the largest government office building in the world after the Pentagon. In Shenzhen, an official was recently accused of skimming off $11 million in public money to feed a gambling addiction.

“As we’ve seen time and again, China’s leaders are excellent at producing laws, edicts, speeches and slogans; but are incapable of ensuring their enforcement,” says Yaxue Cao, a commentator at Seeing Red in China, a website that covers modern China. “I believe that the current strategy of the Party is simply to present the appearance of a clean up.”

Even the state-run Global Times editorial board warned that simply cosmetic and sartorial changes would no longer meet the demands of the public.

“If top leaders cannot deliver what they have promised, the public will not remain silent,” the editors said.

Xi’s reform rhetoric is coming alongside talk of “national renewal,” a slogan many see as auguring more assertive Chinese nationalism, particularly in foreign policy. At the same time that he was pushing for a more low-key style for Communist Party officials, Xi also forecast a more robust Chinese military. During his southern China tour, Xi urged the People's Liberation Army to focus on “real combat” awareness.