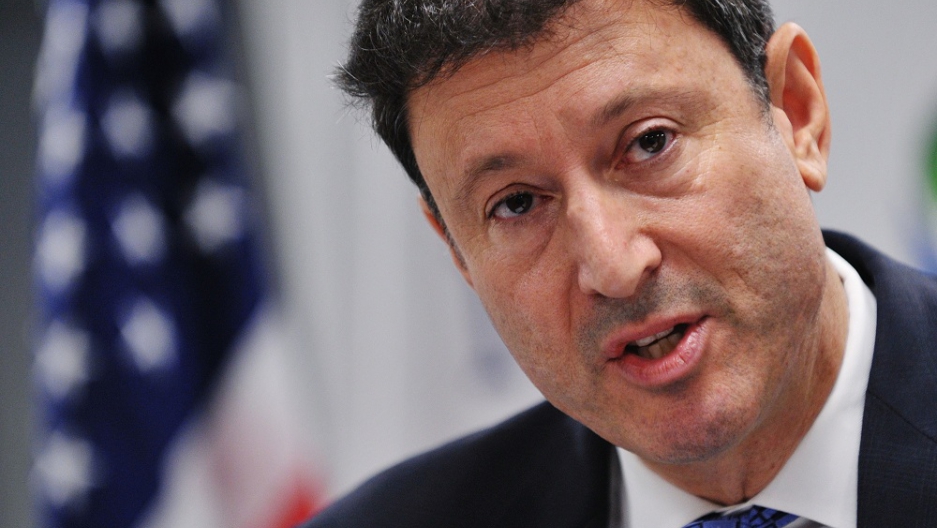 Terry Kramer, US ambassador to the World Conference on International Telecommunications 2012 (WCIT), speaks August 1, 2012 at the Information Technology Council in Washington, DC. Kramer spoke before the first group proposals were submitted by the US to the WCIT.
Credit: Mandel Ngan
Share

Nations with major reservations over the ITR or outright refusals to sign include the UK, Costa Rica, Denmark, Egypt, Sweden, the Netherlands, Kenya, the Czech Republic, Canada, New Zealand and Poland.

“The US has consistently believed that the ITR should be a high level document and that the scope of the treat doesn't extend to internet governance or dominance,” said US ITU Ambassador Terry Kramer to reporters in a conference call Thursday evening.

“No single organization or government can or should attempt to control the internet or dictate its future development,” added Ambassador Kramer.

The UK quickly backed the US decision not to sign the document as the UK’s Head Delegate Simon Towle expressed his own reservations over the ITR.

“On the Internet itself, our position is clear. We do not see the ITRs as the place to address Internet issues. The proper place is multistakeholder forum,” Towle said.

"It is greatly disappointing that a consensus could not be reached," Conroy said.

"Australia worked hard to develop suitable text for the ITRs that would have been acceptable to every Member State. Unfortunately, this was not achieved."

Ambassador Kramer gave five specific reasons as to why the US and other like-minded governments refused to sign the ITRs. These include the definitions of a recognized operating agency and an operating agency, a position that spam should remain unregulated content, network security, internet government and internet resolution.

Currently, the management of web domains is handled by a non-profit organization incorporated within the US. Because of its location, it falls under US protection. Should a similar entity be hosted within a country like Russia, the government could have the power to decide how certain domains are allocated.

Russia and other nations were fighting hard for the power to host organizations that manage the allotment of domains within their own borders.

For instance, if an anti-Putin activist wanted to buy a domain from a Russian non-profit company managing domain allocation, they may simply stop the activist from purchasing the domain.

The ITU faced enormous public outcry as activists and industry figureheads feared for a possible UN takeover of the internet. However, what actually occurred at the ITU’s meeting in Dubai was much less nefarious than many speculated. In fact, the debates centered mostly on the precise language and legal implications of certain definitions — within a treaty governing an organization that was founded over 150 years ago.

Attempts made by some Eastern European, Arab and Asian governments to cede control of the internet to an international organization like the UN have failed.