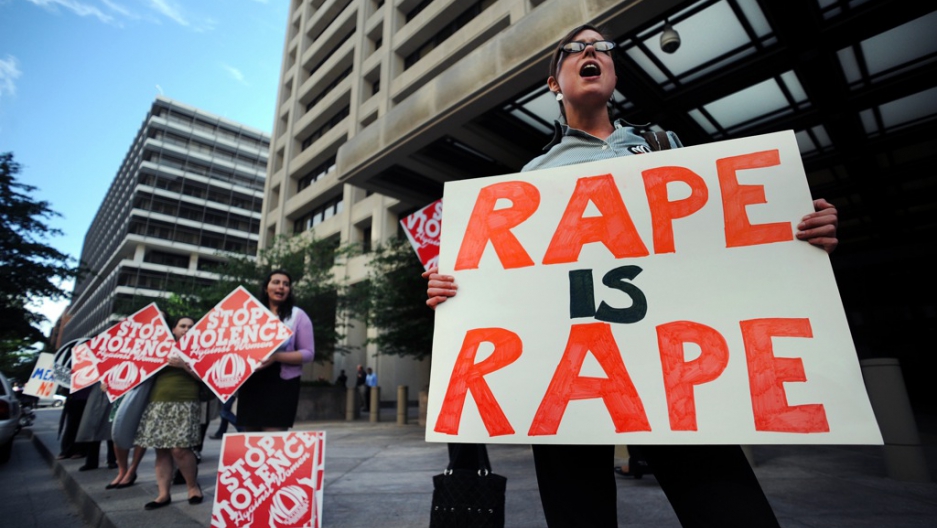 Activists protest against violence against women, in Washington DC, May 18, 2011.
Credit: STR
Share

Here's news for medical science, courtesy of Judge Derek G. Johnson of California: the human body can "shut down" rape.

That's what Johnson, a judge with the Orange County Superior Court, told lawyers representing a woman who had been subject to a sustained sexual assault by her ex-boyfriend, the Associated Press reports.

He has now been publicly reprimanded by the California Commission on Judicial Performance for his comments, which were made as he sentenced the perpetrator in 2008.

According to court records released on Thursday and cited by the LA Times, Johnson told the hearing:

"I'm not a gynecologist, but I can tell you something. If someone doesn't want to have sexual intercourse, the body shuts down. The body will not permit that to happen unless a lot of damage in inflicted, and we heard nothing about that in this case.

"That tells me that the victim in this case, although she wasn't necessarily willing, she didn’t put up a fight."

The fact that the attacker, Metin Reza Gurel, had, according to the AP, "threatened to mutilate the face and genitals of his ex-girlfriend with a heated screwdriver, beat her with a metal baton and made other violent threats" was, it seems, irrelevant to Johnson.

The judge declared that the rape in question was merely "technical," and that "to treat this case like the rape cases that we all hear about is an insult to victims of rape," the Times said.

Proving that the victim "put up a fight" has not been a requirement of California law since 1980, the AP notes. Gurel had in fact been convicted not only of rape, but also of forcible oral copulation, domestic battery, stalking and making threats.

Johnson went on to sentence him to six years, instead of the 16 the prosecution had asked for.

On Thursday California's independent Commission on Judicial Performance, which says it only became aware of Johnson's comments in May this year, voted unanimously to admonish him for them.

"The judge’s remarks reflected outdated, biased and insensitive views about sexual assault victims who do not 'put up a fight,'" the agency said in a statement. "Such comments cannot help but diminish public confidence and trust in the impartiality of the judiciary."

Johnson has since apologized, according to the commission, saying his remarks were inappropriate and spoken during an argument with the prosecutor.

The admonishment will not affect the judge's job, according to the LAist. Johnson, who is himself a former prosecutor in the Orange County district attorney's sex crimes unit, has another two years in office.