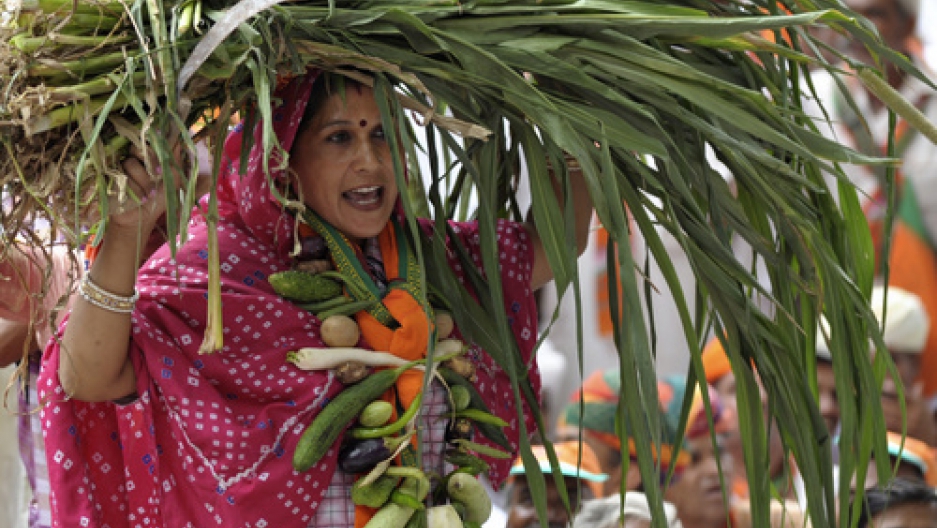 An Indian farmer with vegetables and produce demonstrates during a protest against land acquisition in New Delhi on August 3, 2011. Dozens of farmers assembled at Jantar Mantar during the protest led by the opposition Bharatiya Janata Party's (BJP) Kisan Morcha.
Credit: SAJJAD HUSSAIN
Share

Fixing India's land acquisition problems is considered one of the most crucial reforms needed to unleash economic growth.

But critics say requiring developers to get widescale agreement from local landowners before they can compel holdouts to sell will make industrial projects more costly and harder to get off the ground.

In the next step, the bill will have to be passed by the parliament to become law.

In the past, forcible land acquisitions for projects like a planned chemical plant in Nandigram, West Bengal, have resulted in violent clashes between farmers and the authorities.

The hope is that the update to the law will make such disputes rare, so that even if industrial projects cost more to execute, there will be less uncertainty in the process. The fear is that the high percentage of consent will encourage holdouts to stymie projects altogether.

"While it all seems positive on the surface, the fact is that there is also potential for even more uncertainty in the process of land acquisition," Real estate consultancy Jones Lang LaSalle India said in a press release.

"The idea of the Bill was to ensure that land owners get fair and timely compensation and also resettlement options. However, it would need further tweaking to ensure that there is no potential for land owners to drive up land prices in the bargain - which, in turn, would mean that the cost of the finished products also rises."