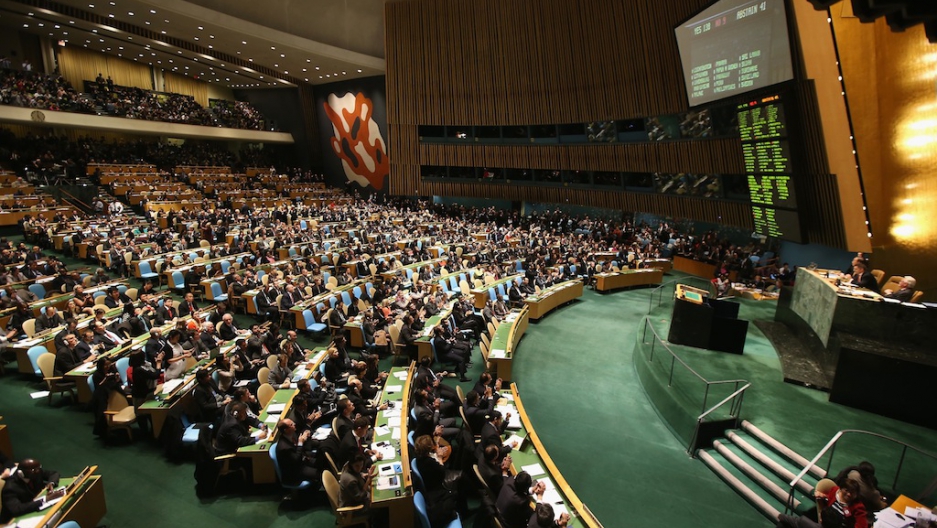 The United Nations General Assembly Wednesday voted in favor of a draft resolution that would support universal health coverage for people everywhere, and help those nations that require extra advice and financing meet their healthcare goals.

Healthcare for all is one of the UN's Millennium Development Goals (MDGs), a set of priorities agreed on by the countries of the world, as well as an acknowledged human right by its inclusion in the Universal Declaration of Human Rights.

Wednesday's resolution was voted on by consensus in the General Assembly, and had uncommon broad support from a host of varied member states, including the US, the UK, Senegal, New Zealand and Brazil. It's a straightforward document, recognizing the need for universal coverage while accepting that some countries have completely different financing concerns than others, especially poorer countries without sustainable healthcare systems.

"There have been lots of discussions of what health goals should be, for example on non-communicable diseases. This resolution gives weight to health systems as a whole and questions of equity. It ensures that universal healthcare stays on the agenda as one of the post-MDG goals," said Oxfam health policy advisor Ceri Averill to the Guardian.

More from GlobalPost: UNGA 2012: What is the UN General Assembly, anyway?

The World Health Organization estimates that 20 to 40 percent of all healthcare costs are wasted through inefficiencies and in a 2010 report [PDF] suggested a number of ways that countries could shift to systems of pooled risks. With this kind of system, insurance is affordable and available for all, and lower-income patients don't have to bankrupt themselves to seek immediate, emergency care, specifically in the cases of women and children.

"Abundant evidence shows that raising funds through required prepayment is the most efficient and equitable base for increasing population coverage," said WHO Director-General Margaret Chan. "In effect, such mechanisms mean that the rich subsidize the poor, and the healthy subsidize the sick. Experience shows this approach works best when prepayment comes from a large number of people, with subsequent pooling of funds to cover everyone’s health-care costs. No one in need of health care, whether curative or preventive, should risk financial ruin as a result."

That 2010 report, "Health System Financing: The Path to Universal Coverage," led more than 60 low- and medium-income countries to ask for advice and assistance with financing resource-pooling systems, according to a report by the Guardian earlier this week. In the intervening years, many of those countries, both rich and poor, have moved toward adopting universal care systems, and now nearly 40 percent of people on earth participate in some form of risk-pooled health insurance.

More from GlobalPost: The disabled often are denied information about sex and HIV

Even China, with a traditionally dismal healthcare system, is looking to invest in a $124 billion project that could ultimately insure 90 percent of the population, after years of failure on a massive scale. India has also mostly worked out the kinks in a program started in 2008 to get healthcare to those below the poverty line. In Thailand, 99 percent of the population is covered through an all-inclusive package. Brazil has had universal coverage for years, and while the government is slightly over-burdened by need, there are efforts afoot to make the system more affordable for the government, and reduce waste.

The UN resolution, while non-binding (meaning it really has no teeth for enforcement), will ultimately be useful for holding countries to a higher standard of healthcare and providing assistance to those nations that want to change, but don't have the resources.

Next, universal healthcare goes to the UN's development priorities list to be dealt with by the "high-level panel" on the MDGs, a task force co-chaired by President Susilo Bambang Yudhoyono of Indonesia, President Ellen Johnson-Sirleaf of Liberia and Prime Minister David Cameron of the UK.