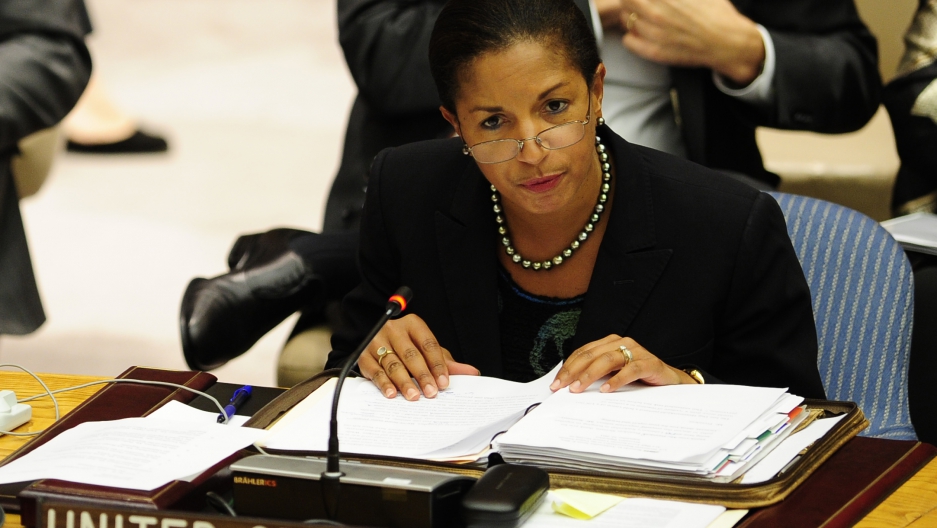 US Ambassador to the UN Susan Rice speaks during a Security Council meeting in September.
Credit: EMMANUEL DUNAND
Share

Susan Rice, the US envoy to the United Nations, has pulled out from being considered as a nominee to succeed Hillary Clinton as secretary of state.

Rice, who has come under heavy criticism from Republicans over her framing of the deadly attack on the US consulate in Benghazi, Libya in September, was one of the front-runners to take the United States' top diplomatic post. NBC News was the first to report Rice's decision to withdraw herself from the running.

“If nominated, I am now convinced that the confirmation process would be lengthy, disruptive and costly — to you and to our most pressing national and international priorities,” Rice wrote in a letter to President Barack Obama, adding that the partisan politics surrounding her prospects "saddened her."

“That trade-off is simply not worth it to our country ... Therefore, I respectfully request that you no longer consider my candidacy at this time,” Rice continued.

Senate Republicans were quick to respond. "I respect Ambassador Rice’s decision," South Carolina Senator Lindsey Graham said in a statement cited by NBC. "President Obama has many talented people to choose from to serve as our next secretary of state."

Senator Kelly Ayotte of New Hampshire, one of Rice's fiercest critics, voiced appreciation for "her commitment to public service," adding, "my concerns regarding the terrorist attack in Benghazi go beyond any one individual," said NBC.

In a press release issued by the White House, Obama accepted Rice's decision to leave the race, and heaped praise on the UN ambassador for her years of work in government.

"For two decades, Susan has proven to be an extraordinarily capable, patriotic, and passionate public servant .... I am grateful that Susan will continue to serve as our Ambassador at the United Nations and a key member of my cabinet and national security team, carrying her work forward on all of these and other issues," Obama said.

The president went on the express his "confidence" that Rice could continue "to serve our country now and in the years to come."

He added, "While I deeply regret the unfair and misleading attacks on Susan Rice in recent weeks, her decision demonstrates the strength of her character."

Rice will appear on Brian Williams' show “Rock Center With Brian Williams” at 10 p.m. Thursday night to discuss her decision to take her name out of the ring.