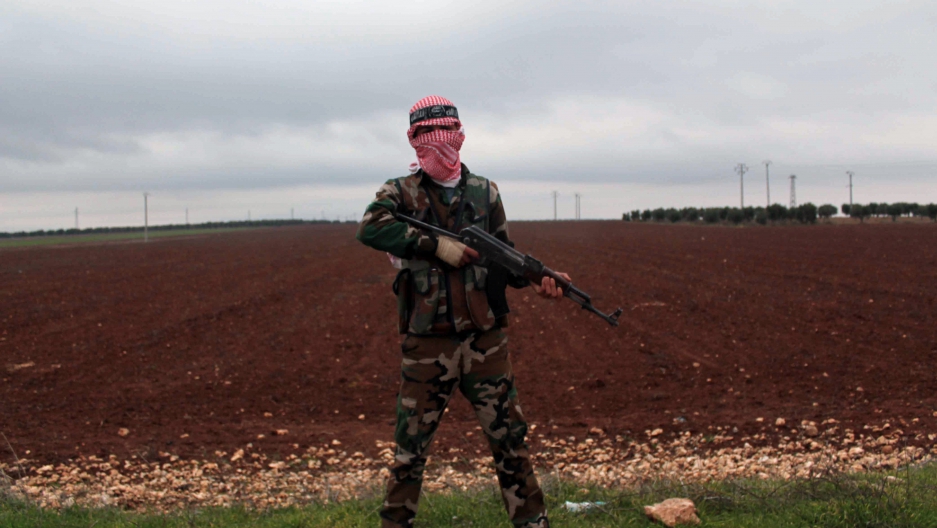 A member of the Syrian opposition's Al-Buraq Brigade, which is said to be made up mainly of fighters who defected from the Syrian army, stands guard on December 10, 2012 on a main road in the northern Syrian town of Ain Dakna, close to the Managh military airport, only six kilometres from the Turkish border.
Credit: Antonio Pampliega
Share

Australia has formally recognized the Syrian opposition as the legitimate representative of the Syrian people, joining the US among about 100 other nations.

The ABC quoted Australian Foreign Affairs Minister Bob Carr as saying that while Australia would not help arm opposition troops, it would increase its aid humanitarian aid to the country to $30 million.

"It means that we can develop a plan to assist a post-civil war Syria. It means we can look, as we did with Libya, at where thematic assistance would be most relevant - looking at rebuilding their health system for example, or help rebuild civil society."

He described Australia's support for the opposition as "purely symbolic," Sky News reported, however the boosted aid would help provide accommodation for the thousands of refugees who've fled the violence and are living in tents in winter, as well as "child protection for the youngsters that need to be protected."

Meanwhile, US and NATO officials said Thursday that forces loyal to Syrian president Bashar al-Assad have fired "Scud-type" missiles against rebels, in an escalation of Mr Assad's struggle to keep power.