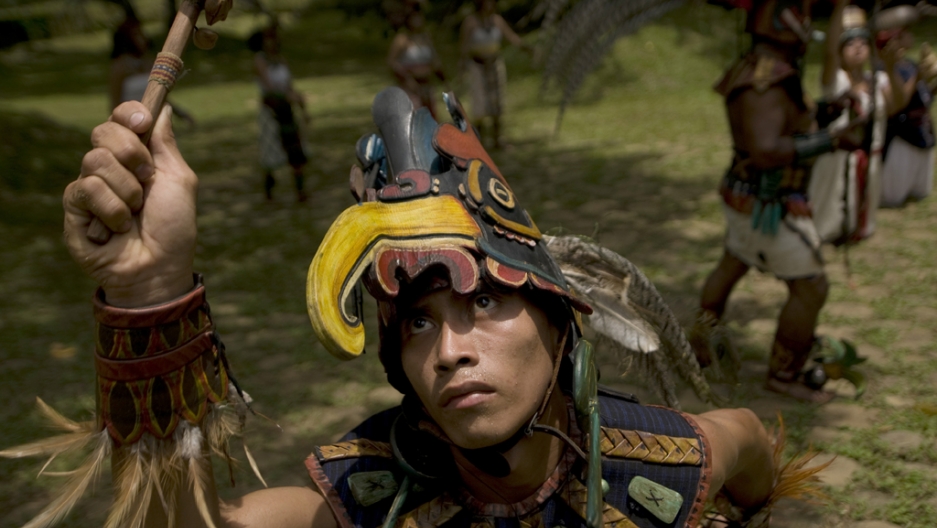 A Mayan actor performs at the Tak'Alik A'Baj archaeological site south of Guatemala City on June 21, 2012, during the celebration of the beginning of the summer solstice, which ends on December 21 when concludes the current Mayan cycle known as Bak'tun 13, which for some experts will coincide with the end of the world.
Credit: JOHAN ORDONEZ
Share

If your understanding of the cosmic order is rooted in ancient Mayan wisdom, you might want to re-think the vaunted December 21 end-of-the-world date, according to British professor Andrew Wilson, who says it came out of a 1975 book by Terence McKenna and lacks any significant longer history, according to Yahoo!News.

More from GlobalPost: Tomb of a Mayan warrior queen: GlobalPost interviews the discoverer of the final resting place of Lady K'abel

Wilson says McKenna set the date in a "Timeline Zero" prophecy inspired by the Chinese I Ching, magic mushrooms, and his own calculations.

“December 21st will be just another Friday morning,” the University of Derby professor told Yahoo, even though proponents "claimed to be channeling various spirits, including the spirit of a Mayan king from the seventh century."

The date was picked up in a 1987 book called The Mayan Factor by McKenna enthusiast Jose Arguelles, who "predicted a ‘shift in human consciousness’ - mass enlightenment" explained Wilson. But "it's an obsolete form of the calendar," he says, one "which had not been used since the year 1100 AD.”

McKenna's work so inspired Arguelles that he "popularized the date in connection with the ‘long count calendar’ of the Mayan people in his new-age circles" but Wilson maintains there is no such "central belief."

“It varies from the ideas that Earth’s magnetic poles might shift, to the idea of a ‘galactic council’ visiting Earth," he said. "There’s no one, definite idea - it mirrors the New Age beliefs from which it comes.”

The argument, presented in Wilson's "From Mushrooms to the Stars," is set for publication next year, said Yahoo -- provided we're all still here.