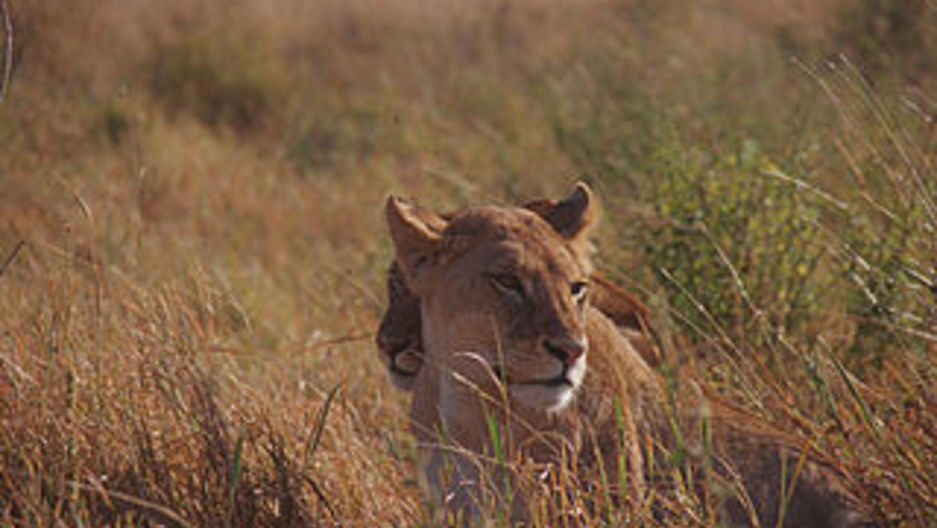 Two female lions at Serengeti National Park in Tanzania. Tanzania has a small fraction of lions in Africa. (Photo courtesy of Simona Galleti for Serengenti National Park via Wikimedia Commons).

Africa's lions are more endangered than ever before, according to a recently released study.

In an effort to reflect on the status of the Earth's animals, and perhaps save those on the verge of extinction, the first "Wildlife Conservation Day" was held on Dec. 4 this year.

Stuart Pimm, a professr in the school of the environment at Duke University, co-wrote the recent study on the lions. Through his study, Pimm found savannas are diminishing — about 25 percent remain of an area about a third larger than the U.S.

"Savanna Africa is in deep trouble and it's in worse trouble in fact, than the world's rainforests. It's those savannas that lions depend upon," he said. "They've lost three quarters of their habitat and done so probably in the last 50 years."

Part of Pimm's study used Google Earth to virtually fly over the savannas, similar to how a small, low-flying plane would. Pimm says they are able to identify the areas converted for human use. And areas previously thought to be OK were actually converted to small-scale croplands.

About 50 years ago, Pimm says, there were about 100,000 lions freely roaming. Now the population has been reducted to between 32,000 and 35,000. West Africa has been hit the hardest with almost no lions remaining. Fortunately South Africa, Botswana, Namibia, Tanzania and Kenya have surviving populations.

One factor in declining populations, Pimm said, is the need for larger areas for lions to roam. National parks aren’t fenced except in South Africa, because lions need huge territories, larger than national parks, which causes confrontations between lions and herdsmen.

Herdsmen put their cattle and goats in protected areas called bomas. Lions are smart enough to get through the thorny bushes of the bomas and kill the herdsmen's livestock, leading the villagers to kill the lions.

But, Pimm says, Laly Lichtenfeld and her team in Tanzania have designed bomas that are lion-proof by planting thorny bushes interweaved into chain link fence.

"The people are quite happy for lions to be wandering around, as long as they're not killing their cattle," he said. "There are (creative) ways of minimizing the conflict between lions and people."

Unfortunately, the minimization of conflict between lions and humans isn't the final answer to protect them. Sport hunting of lions still exists. Pimm says Kenya bans all hunting but Tanzania allocates more land to hunting than national parks.

"Two countries with big wildlife populations are taking very different strategies, and it reflects the great uncertainties in what's the best way to manage lions," he said.

While hunters argue they bring in revenue from their hunts, Pimm says others believe lion hunting has negative impacts. The problem, he says, is there is no good answer because it's unknown whether lion hunting is sustainable. Recent evidence shows, in some places at least, lion hunting is hurting the lion population.

Poachers, on the other hand, Pimm says, are harder to track because there is no way to track how many animals they're killing. He says lion body parts have become a coveted item, similar to tiger parts. Animal poaching is a major threat to other African animals as well.

The solution, Pimm said, relies on allowing wildlife to roam over areas larger than national parks and although not an easy solution it would require bringing people in from the local communities as partners to work out the best local solution.

"I think we all value a world in which, as Dorothy puts it in Wizard of Oz, 'lions and tigers and bears, oh my," he said.