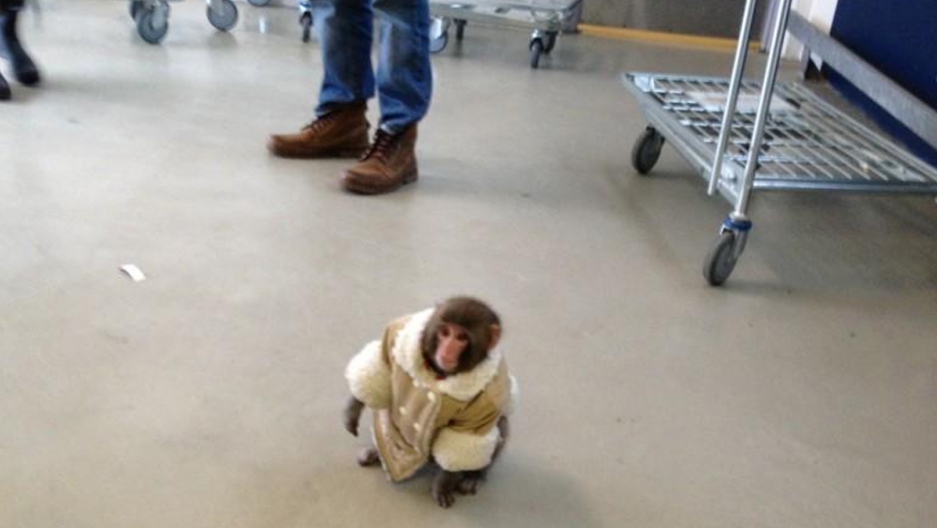 A monkey in a mini shearling coat was found wandering an Ikea store in Toronto on Sunday. It was quickly detained by animal services and taken from its owners.
Credit: Bronwyn Page
Share

The owner of Toronto's now-infamous "Ikea monkey" is vowing to get him back.

Yasmin Nakhuda, a Toronto-based lawyer, told ABC News the plan is to move out of the city and get Darwin back from the animal sanctuary he now calls home.

The seven-and-a-half month old Japanese snow macaque was sent to the Story Book Farm Primate Sanctuary a day after it escaped from Nakhuda's car at a local Ikea store Sunday afternoon.

It's illegal to have exotic pets in Toronto city limits, and Darwin was taken away by Toronto Animal Services shortly after he began wandering the parking lot.

Nakhuda got Darwin five months ago from an exotic pet breeder and describes him as "her child," not a pet.

She told ABC News he was already gone by the time she returned to her car Sunday.

"(The animal shelter) is showing that he's really happy but I don't think that's the actual picture of what's happening," Nakhuda said. "I don't see him adjusting that easily and he's very fragile in the sense that emotionally he needs someone he's used to."