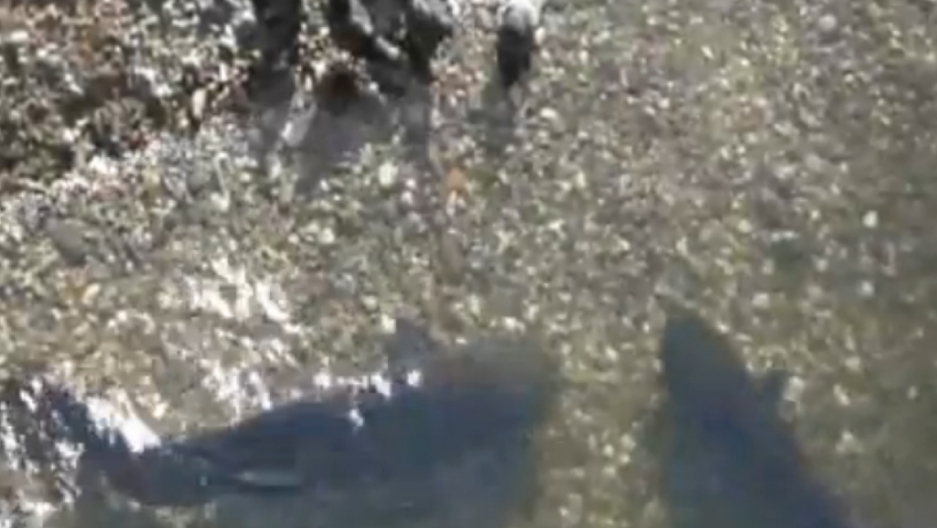 A French researcher found catfish that hunt their prey on land instead of in the water.
Credit: Ed Yong/Youtube
Share

Catfish in France have been found to leap out of water onto land to hunt for birds.

The spectacle was recorded by French scientist, Julien Cucherousset, of Paul Sabatier University on the river Tarn in southwestern France.

The catfish are not native to the river Tarn and their odd behavior certainly shows that they are literally fish out of water.

The video shows catfish waiting in the water near a rocky shore where pigeons are drinking and resting.

The cunning catfish then pounce on shore and grab the birds, dragging them underwater to kill and eat them.

Their technique is similar to that of crocodiles preying on thirsty water buffalo.

Geekosystem said that the researchers found that the catfish were able to snatch and kill the bird 28 percent of the time.

That's approximately a one in four chance of success.

The catfish perform the hunt at great personal risk.

Beaching themselves voluntarily is highly uncommon in fish and it is still not understood why they do it.

The researchers found that motionless birds whether in the water or out were not attacked, said io9.