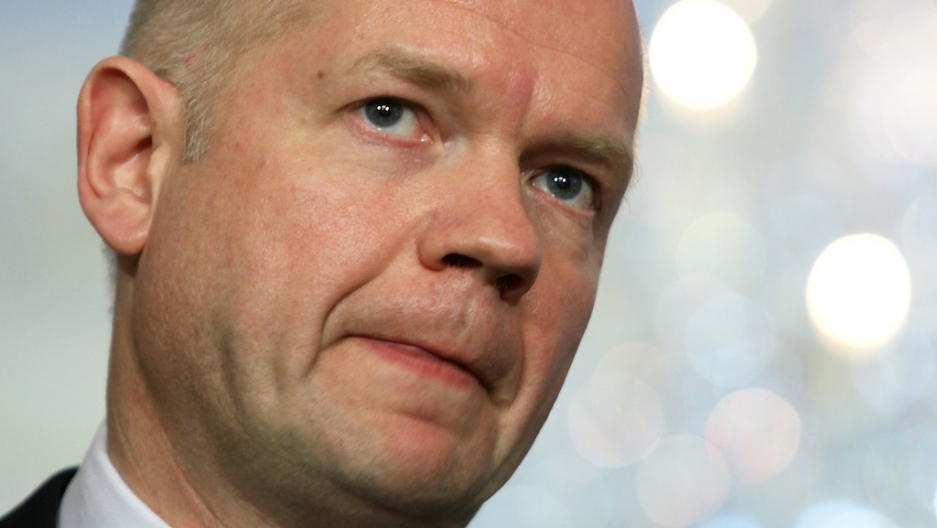 British Foreign Secretary William Hague listens to questions during a joint press availability with US Secretary of State Hillary Clinton at the State Department on Nov. 17, 2010 in Washington, DC.
Credit: Alex Wong
Share

Hague told the BBC he had from "intelligence sources" seen "enough evidence to know that they need a warning." Syria is believed to have mustard gas and sarin, a deadly nerve agent.

Last week Syria stated it would not use chemical weapons against it's people, including the Syrian rebels.

"Syria stresses again, for the tenth, the hundredth time, that if we had such weapons, they would not be used against its people. We would not commit suicide," Maqdad said.

Hague said the evidence he'd seen warranted a strong warning to the Syrian regime. When asked by the BBC about such evidence, Hague said: "We have seen some evidence of that."

He added, "We and the US, as I said in parliament this week, have seen some evidence of that and that is why we have issued strong warnings about it. We have done so directly to the Syrian regime."

Hague's comments echo remarks by US Secretary of State Hillary Clinton, President Obama and others.

The US Defense Secretary Leon Panetta recently said the US was concerned over Syria's chemical weapons stockpile.

"I think there is no question that we remain very concerned," Panetta said. "Very concerned that as the opposition advances, in particular on Damascus, that the regime might very well consider the use of chemical weapons. The intelligence that we have causes serious concerns that this is being considered.

If Syria does show signs of chemical weapons use, contingency plans are ready, the BBC reported.