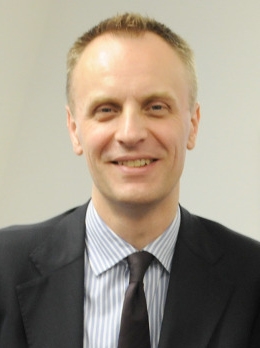 Q. Is cancer being ignored in developing countries, or is it a priority?

A. Cancer is certainly being underrecognized and neglected in low- and middle-income countries. We’re seeing a massive epidemic of cancer and heart disease and diabetes in the developing world, which is now creating a double burden of disease in addition to infectious diseases. And cancer is a very important part of that double burden. I think cancer is slowly becoming more recognized but there is a long way to go before it gets the attention it so urgently needs.

Q. Why has it been ignored?

A. I think cancer and other noncommunicable diseases have been underrecognized and they have been neglected, but that’s not a malicious neglect. It’s because there’s just been this overwhelming burden of other problems. In many parts of the developing world, particularly in sub-Saharan Africa, the overwhelming burden for many decades has been preventable maternal and child deaths, malaria, tuberculosis, and, over recent decades, HIV/AIDS. And that burden has been so overwhelming to families and to governments that it’s been very hard to see anything else through that very thick fog of death. But over the last five years or so, all of these epidemics have become much more under control, and the clearing of the mist that has taken place as a result of those successes has left in clear view that there is this new epidemic coming.

Q. Is cancer on the rise in developing countries?

A. Cancer is on the rise, both as a proportion of death and also in terms of its absolute numbers. That’s driven by many reasons. We’re saving people from dying from infectious diseases. And people are living longer, and as they get older they come into the range of being at risk from cancer. In addition to that we’re seeing many of the risk factors that drive cancer become more common in low- and middle-income countries. Just to take two examples, although tobacco use is in decline in high-income countries, it’s actually on the increase in many low- and middle-income countries, and that’s driving epidemics of lung cancer. And obesity is a  major risk factor for cancer, and in many middle-income countries--for example China, Brazil, and India--the increasing rate of obesity is just driving epidemics of cancer. For many reasons we’re seeing this shift, which is deeply disturbing.

A. I think donors actually have been asleep, donors have been almost deliberately and willfully unable to get to grips with the problem of cancer in the developing world. I think it’s an appalling example of neglect. And the reason why I think it’s happened is again a mix of causes. First, the risk factors for some cancers are what we sometimes rather unhelpfully call "lifestyle issues" such as smoking, obesity, and so on. Many donors see these risk factors as in a sense matters of individual choice, whereas if I get malaria or TB, it’s not because I’ve been indulging in practices that increase my risk. If I get bitten by a mosquito and get malaria, that’s very bad luck and I’m a deserving person to get a drug or a bed net. But I think donors have a much more skeptical attitude when it comes to cancer. They see this as something that isn’t a donor issue to address with a drug or any other intervention. They say this is something that rests more with a population in a country and perhaps more with the national government.

I think a second issue is that they have also been unaware for too long about the massive burden that noncommunicable diseases including cancer hold. So, for example, over the last decades or so with the [United Nations] Millennium Development Goals, the main driving force for development policy has been around a small number of infectious diseases that cause poverty. I think they have not seen the importance of cancer as a cause of poverty. But as we begin to defeat infectious diseases, noncommunicable diseases become more important, and we are going to see these diseases as being major causes of poverty.

It’s very easy to blame countries for being neglectful, but I think donors have been equally if not more neglectful of noncommunicable diseases.

A. Oh, my goodness, absolutely. If I just take two examples, we’re seeing steady increases with breast cancer and cervical cancer in low- and middle-income countries. It’s a desperate tragedy, they have nowhere to go. It’s not just no intervention or treatment, it’s no palliative care, no terminal care. So women are often dying in the most appalling poverty and the most terrible pain because we’re not providing any services whatsoever for them.

So this is a real issue around human rights and a sense of what we owe to our fellow human beings. We would never let a woman in the US or Great Britain die with untreatable pain from cancer, and yet that is happening to thousands and thousands of women right across the developing world today.

A. I think the lessons from the Millennium Development Goals are severalfold. Number one, countries need to come together and make cancer and cancer care a globally agreed priority. Number two, you need to have a significant political leader take up the issue of cancer and be willing to be a fantastic social advocate for doing something. If I look at the past decade, it’s been individual political leaders who’ve taken up specific issues, whether that’s been malaria or AIDS or maternal health or child health, and they have gone to G8 meetings or United Nations meetings and they’ve stood up and spoken passionately and movingly for that particular issue. When you have a president or prime minister own a health issue like that, he or she can persuade other presidents and prime ministers to start spending money.

Number three, we also have to have countries themselves take up the issue of cancer as a major problem and start allocating domestic financing to cancer care--not just treatment but also prevention. So that does mean things like tobacco control. And we need to see a much stronger response from countries.

Finally, we need to see spending bodies like the Bill and Melinda Gates Foundation that have enormous power but have traditionally not invested in cancer take the issue of cancer much more seriously than they have done to date.