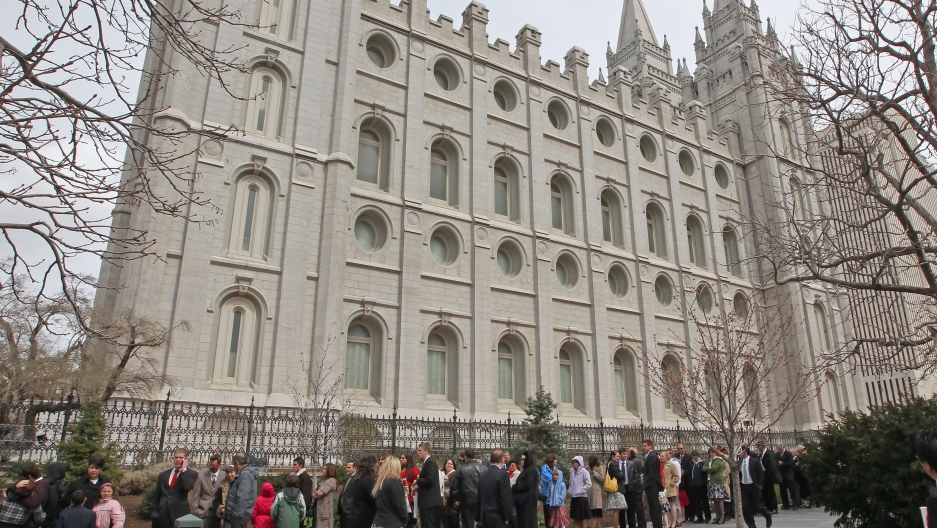 A new website put up by the Mormon Church has called for compassion towards gays.
Credit: George Frey
Share

The Mormon Church has updated its stance towards homosexuals on a new website that preaches compassion.

Mormonsandgays.org is aimed at clarifying the church's position, particularly after heavy criticism for its support of Prop 8, a California constitutional amendment outlawing gay marriage.

The church has not changed its position on same-sex marriage but is trying to lower tensions with the gay community.

Though the church still does not condone sexual activity between two people of the same sex either, its stance has been softened, reported Slate.

The new website is shown as a series of conversations by LDS leaders, which highlight compassion for homosexuals and offer help to families in the church whose children are gay.

The site also urges Mormons who are gay to stay with the church.

"Reconciling same-sex attraction with a religious life can present an especially trying dilemma," the website says.

"Anyone who lives in both worlds can attest to its difficulty. But with faith, love and perspective it can be done."

The videos on the site also feature gay Mormons talking about their experience in reconciling faith with sexual preference.

The website does not make any reference to "gay" or "lesbian" the Associated Press pointed out but rather uses "same-sex attraction."