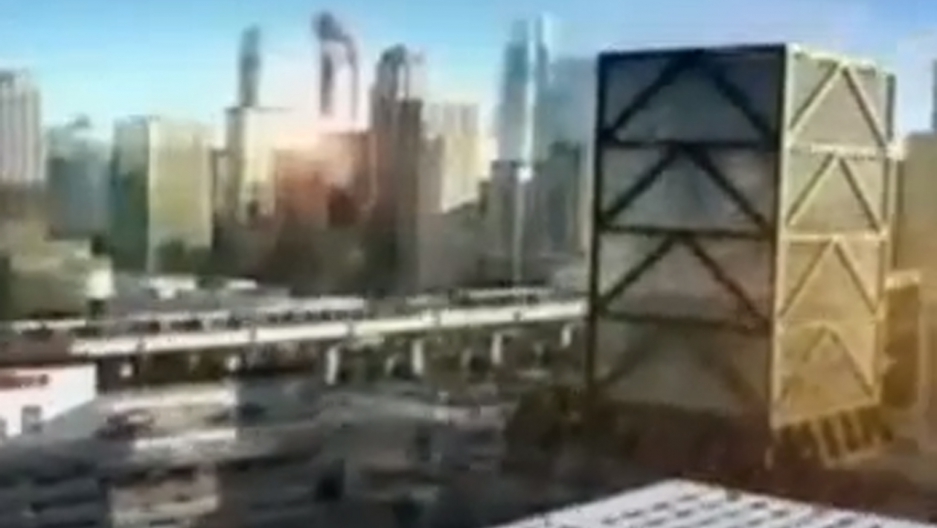 One Chinese developer has a unique solution for an area of China with some of the world’s worst pollution problems.

Yan Jiehe, a 52-year-old former teacher turned self-made construction mogul, is behind an ambitious plan to level 700 mountains near Lanzhou to build an entirely new city.

The World Health Organization declared Lanzhou — a city of 3.6 million people along the Yellow River — as having the worst air quality in China, and some of the worst in the world.

The industrial hub is also in a desert. It is plagued by an abundance of manufacturing, high use of coal-burning stoves by residents and a natural topography that limits air flow.

Developing the 500 square miles for the new city, about 60 miles from the old city, will cost an estimated $3.5 billion.

More from GlobalPost: The 10 cities with world’s best infrastructure

China Daily reports the gross-domestic product of the area could increase to 50 billion yuan ($8 billion) by 2015.

The new city is intended to foster development in China’s western regions. But critics say it will only exacerbate environmental damage — plus, developing now makes little sense with real estate prices low.

“If you have a booming real estate market it might work, but it seems to me that real estate in China is very, very risky,” Beijing economics professor Tao Ran told the Guardian.

Developers, however, argue that their solution improves upon Mother Nature.

“Our protective style of development will divert water to the area, achieve reforestation and make things better than before.”