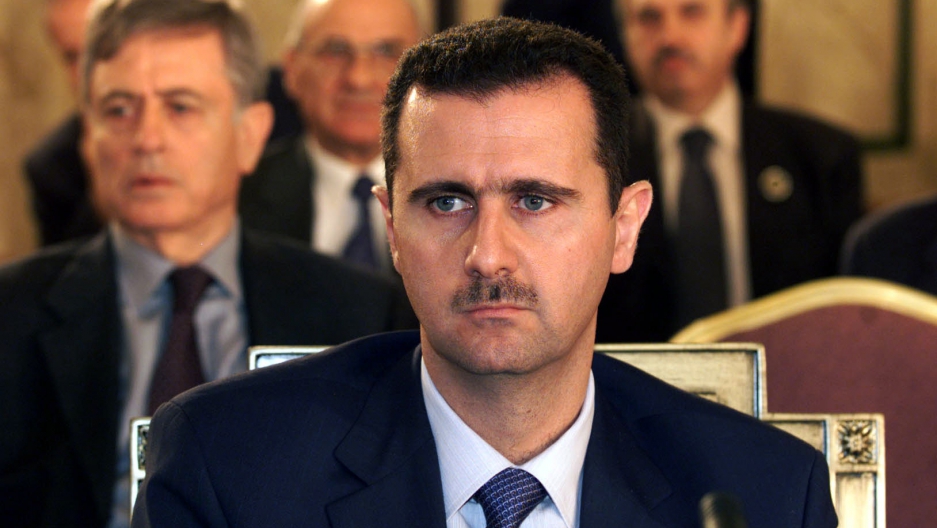 Syria believes that a conspiracy by Western powers is responsible for all reports that the government of President Bashar al-Assad is on the precipice of using chemical weapons.

According to Reuters, Foreign minister Faisal Madqaq alleged that the US and its European allies are spreading rumors about Syria preparing to use chemical weapons in order to justify an invasion.

"Syria stresses again, for the tenth, the hundredth time, that if we had such weapons, they would not be used against its people. We would not commit suicide," said Maqdad.

Madqaq instead alleged that the US and its European allies may have actually given chemical weapons to "terrorist organizations in Syria, in order to claim later that Syria is the one that used these weapons."

Yesterday, a report by NBC News cited US officials as saying that the Syrian military is simply waiting for final orders from Assad before using deadly sarin nerve gas against its own people. According to the officials, the nerve agents have been loaded and locked inside bombs.

This past Monday, US Secretary of State Hillary Clinton reiterated President Barack Obama's warning to Syria not to use chemical weapons, stating that it would be crossing a "red line."

On Thursday, Clinton meets with Russia's foreign minister and the UN peace envoy for Syria, Lakhdar Brahimi, to forge an international consensus on Syria. According to The New York Times, the meeting will take place on the sidelines of a larger European security meeting. The article also cites a Turkish official as saying that Moscow was "softening" on Syria.

This is not the first time that US and Russia have met to consult on a breakthrough in the region. Last June, Clinton met with Foreign Minister Sergey Lavrov along with former UN Secretary General Kofi Annan, then the UN envoy to Syria. Though they seemed close to an understanding, negotiations broke down quickly.

The new round of talks occur ahead of meeting of the "Friends of Syria" group in Marrakech next week.

More from GlobalPost: Why chemical weapons are so dangerous