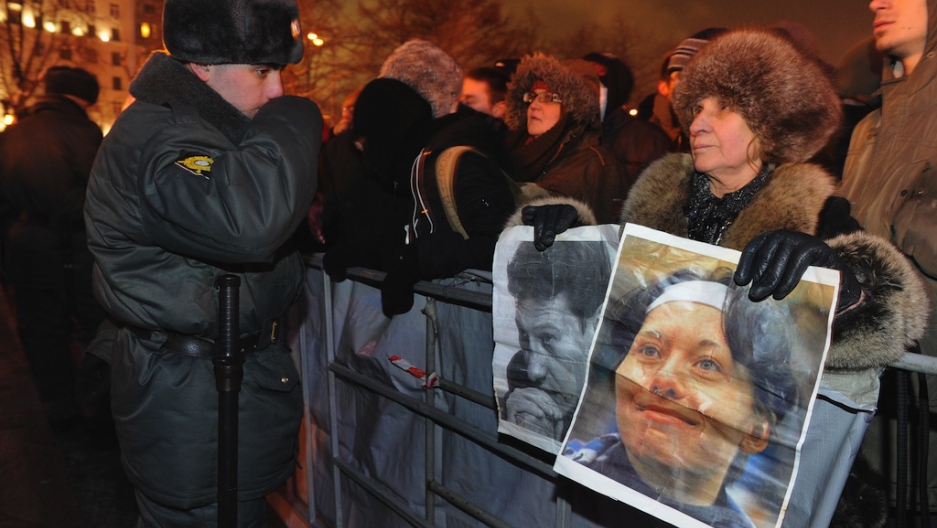 Gekkiyev, 28, was reportedly asked by two strangers to identify himself. When he did, he was shot three times in the head, according to the Moscow Times.

Vesti KBR, the Kremlin-run news organ Gekkiyev worked for, reported the conversation between Gekkiyev and his assailants, though it's unknown how they obtained such intimate knowledge of the crime.

"Are you the host Kazbek Gekkiyev?"

"Yes," Gekkiyev said. And then he was shot.

Police spokesman Vladislav Romanov said the murder may be related to Gekkiyev's job, according to the Associated Press.

The BBC quoted an anonymous investigator saying the murder is an "outrageous crime that was aimed as a warning to other journalists who report on the fight against bandits."

The "bandits" is likely a reference to the Islamic insurgency within parts of the North Caucasus. Other Vesti KBR journalists had received death threats from militant Islamists, the BBC said.

On Thursday, Vladislav Dyadshenko, deputy minister of transport for Kabardino-Balkaria was injured in a bomb attack in Nalchik, the same city where Gekkiyev was shot.