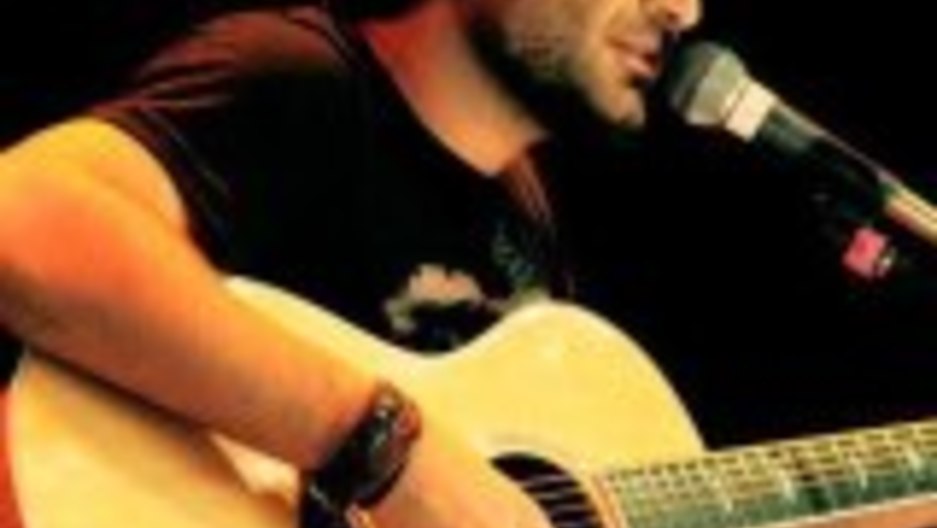 Share
Picture this: A man dressed in black stands behind a bar. He has yellowish-green skin and red rings around his eyes. And your mission is to kill him. This is a video game, and the man is Iranian musician Shahin Najafi. The game was made in Iran shortly after a fatwa was put on him last May. Najafi says he knows of the game. In fact, he's played it. "It was pretty cool, I got to kill myself. But then I was alive again. So, I enjoyed that." Najafi says. He finds it sad that anyone would want him dead so badly they produced a video game about it. "I feel pretty disappointed that someone sat down — an Iranian person sat down — and made that game. How much hate they have in their heart disappoints me and I do feel sorry for them," he says. Najafi has had a series of problems with Iranian authorities. He started his music career singing for various underground bands in Iran. But in 2005 he was arrested for performing concerts that officials claimed were 'inciting unrest' and 'undermining leadership.' So he fled the country and moved to Germany. There he produced the song that caused the fatwa – a rap about critical issues facing Iran. Najafi's rap criticizes everything from international sanctions and empty political slogans, to the irony of nationalists praying on Chinese-made prayer rugs. It was released on YouTube and it's called 'Naghi.' "Releasing Naghi was the final nail in the coffin. Where they unequivocally stated how they felt about me, which was, that I should die," Najafi says. That was back in May. He immediately went into hiding in Germany. While staying under the radar, Najafi continued promoting his recent album, called 'Hich, Hich, Hich." Najafi doesn't rap much in the new album. He says the album is inspired by jazz, soft rock and blues. Najafi jokes that at thirty-two, he's getting too 'old' to run around on stage and rap for two hours straight. He says sitting on a chair and playing acoustic guitar is more his speed these days. Najafi's music is popular among many young dissidents in Iran and abroad. Whether he's rapping or singing the blues, his use of satire to highlight Iran's socio-political problems resonates with many Iranians. Within weeks of the fatwa decree, Najafi got thousands more Facebook fans. Many in the Iranian diaspora reached out in support, and they even helped him plan his first US and Canada tour. Najafi says he's actually less scared on tour in the States than when he's in hiding in Europe. That's because he thinks the Iranian government is less likely to lay a hand on him on US soil – for fear of international attention. Najafi says he hopes his concerts can bring the Iranian diaspora together. "I've always doubted the power of politics in bringing people together. Art, on the other hand, brings people together all the time. Art can make you cry, it can make you laugh," he says. And it can make your life pretty complicated if you're an Iranian artists who's challenging authority.