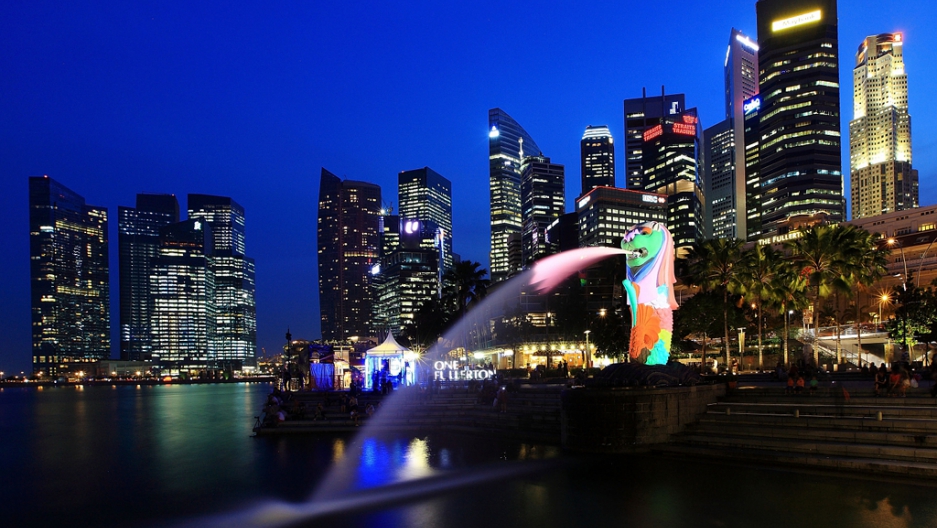 A general view of the Merlion and the central business district skyline in Singapore
Credit: Suhaimi Abdullah
Share

Some cities world's densest cities run like clockwork, while others are plagued by traffic, flight delays, and utility outages.

Human resources consulting firm Mercer just released a ranking of the global cities with the best infrastructures, based on electricity supply, water availability, telephone and mail services, public transportation, traffic congestion, and the range of international flights from local airports.

European cities dominated the rankings, with four of the top five spots.

Germany did well in particular, with four cities in the top ten, including the second and third ranked cities.

The University of British Columbia's (UBC) Bioenergy Research and Demonstration Facility was named one of the world's 100 most innovative and inspiring projects urban infrastructure projects by KPMG.

UBC's clean energy project will be the world's first biomass-fueled heat-and-power generation system operating on a community-sized scale, the university said in July.

Hamburg is home to a modern airport and Europe’s second largest container port.

Sydney's placement on the list is not without controversy.

PricewaterhouseCoopers called it the fourth-worst major city in the world for transport and infrastructure.

Slagin Parakatil, a senior researcher at Mercer, said, “London’s high ranking in the infrastructure index reflects a combination of high level of public services offered, with its extensive public transportation system including airports, the London Underground buses and railroad services.”

Hong Kong's metro system, the MTR, is considered by some to be the best in the world. One report states as many as 90 percent of all travel in Hong Kong is conducted on the MTR.

“Infrastructure in German and Danish cities is among the best in the world, in part due to their first-class airport facilities, international and local connectivity, and a high standard of public services,” said Slagin Parakatil, a senior researcher at Mercer.

Munich has one of the most visually stunning subway systems in the world.

Bundesautobahn 5, part of the famed German autobahn, runs through Frankfurt. The 25-km stretch between Frankfurt and Darmstadt is the longest section of the autobahn at eight lanes.

The highlight of Singapore's infrastructure is definitely its airport — it even has its own pool!

Business Insider: 12 Fascinating People Who Are Heading To Congress Next Year

Business Insider: To Save The Economy, Politicians Need To Stop Thinking About The Long-Term

Business Insider: A Snapshot Of The Commodities That Move Through Asia

Business Insider: Why Obama Can't Bring Back The Economic Boom Of The 1990s

Business Insider: These 10 Old-School Gadgets Have Been Reborn In New Tech