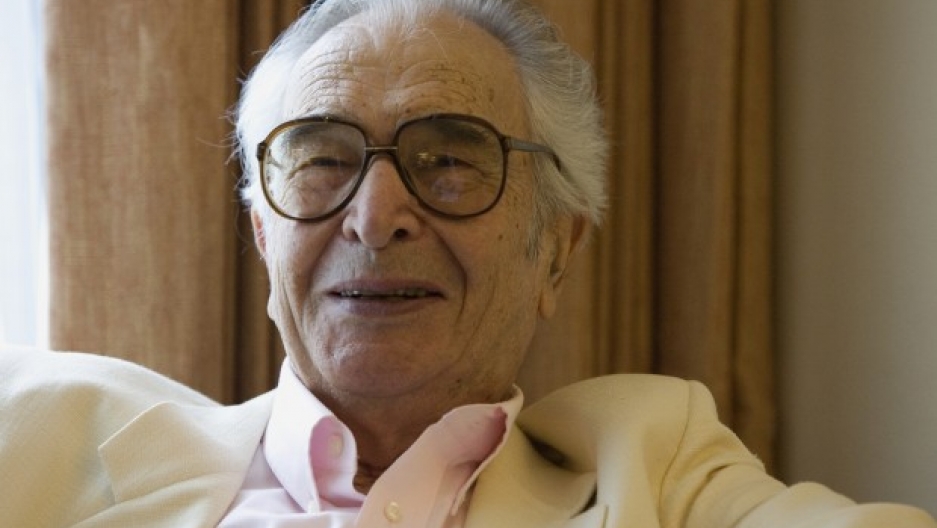 Dave Brubeck is interviewed by Reuters in Monterey, California, September 22, 2007. A jazz giant for more than half a century, pianist Dave Brubeck has no intention of quietly passing his golden years at home relaxing with his wife, with whom he just celebrated his 65th anniversary. Picture taken September 22, 2007. REUTERS/Kimberly White (UNITED STATES)

Share
The pioneering jazz musician, Dave Brubeck, died Wednesday of heart failure. He was one day shy of his 92nd birthday. Brubeck and his quartet produced a sound that helped define jazz in the 50"²s and 60"²s with pieces like "Take Five," written by the group's sax player Paul Desmond. "Take Five" was the first jazz instrumental to sell more than a million copies. It epitomized modern jazz for a generation. Dave Brubeck's music was known all over the world. In fact during the Cold War, he introduced his music, American music, to places that did not have diplomatic ties with the US. Nate Chinen, jazz critic for The New York Times, said Brubeck was a cultural ambassador for the United States. Brubeck's modern jazz sound inspired musicians all over the world, including in Jamaica, where a Ska version of "Take Five," was created in 1968 by instrumentalist Val Bennett. A tip of the hat to the great Dave Brubeck.