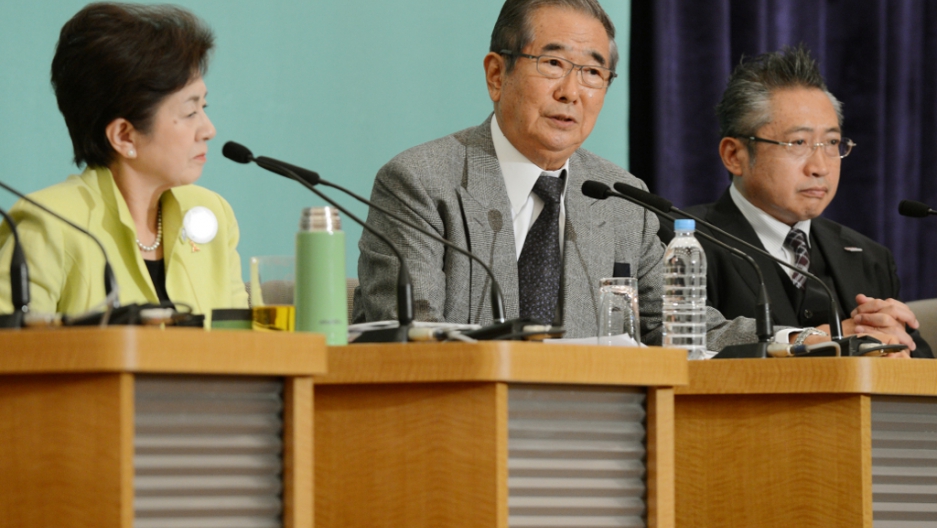 TOKYO, Japan — If Japan’s leading political commentators admit they don’t know what kind of government will emerge from the upcoming general election, imagine how confused the country’s electorate must be.

Yet as the official election campaign kicks off this week, and voters compare manifesto pledges from no fewer than 12 parties, one central theme is emerging: Japan is drifting to the right.

The nationalistic hue to this campaign should perhaps come as no surprise. The election battle is unfolding against a backdrop of regional tension, with China over rival territorial claims, and now with North Korea over a forthcoming rocket launch, that plays into the hands of Japan’s hawks.

Criticism that the prime minister, Yoshihiko Noda and his Democratic Party of Japan (DPJ) produced an inadequate response to Chinese provocations over the Senkaku islands, coupled with disappointment over their handling of the economy, has triggered lurch to the right that could hurt Japan’s relations with its neighbors and complicate its alliance with the US.

Although no party is projected to win a majority, the candidate most likely to become Japan’s seventh prime minister in six years appears to be Liberal Democratic Party (LDP) leader Shinzo Abe. Abe has issued a conservative wish list that includes allowing Japan’s military to exercise the right to collective self-defense — coming to the aid of an ally under attack — and revising its postwar “pacifist” constitution.

That would be welcome in the US, where officials have been calling on Japan to shoulder more of its own defense burden.

But the price of a more robust Japan could be increased tensions with China, possibly putting it on a dangerous trajectory towards a conflict in which US involvement would be almost inevitable.

At times, Abe sounds like the late 19th century reformers who set Japan on the path towards militarism that ended in disaster in 1945.

"Who can protect Japan's beautiful seas?” Abe, framed by a huge Japanese flag, said in a recent speech. “Who can protect our territory and our people's lives? The crisis is before our very eyes ... we will take back our country, our nation."

Abe, however, could find that his agenda will be hard to realize if, as polls suggest, his party fails to win an outright majority on Dec. 16.

At best, the LDP would govern as part of a coalition with New Komeito, a traditional ally that is more cautious on constitutional reform and a broader role for the military. And despite the acrimony of recent months, it is too early to rule out a “grand coalition” between the LDP and Noda’s DPJ.

Perhaps most worrying for the rest of the region, and for US officials who fear a more unpredictable Japan, is the emergence of the Japan Restoration Party, lead by Tokyo’s outspoken former governor, Shintaro Ishihara, and Osaka’s hawkish mayor, Toru Hashimoto.

Despite its youth and confusion over its stance on nuclear power, Ishihara’s party lies second in some opinion polls behind the LDP. Come Dec. 17, he could find himself playing the role of power broker.

Aside from revising the constitution, his party wants Japan to break its self-imposed limit on defense spending of one percent of GDP, and to further relax controls on weapons technology exports.

But Jeff Kingston, director of Asian studies at Temple University in Tokyo, believes that Ishihara’s moment in the sun will be short-lived.

“He’s controversial, provokes China and tramples all over taboos,” he said. “But people are not really that excited about the Restoration Party. Ishihara won’t have much policy influence, but he’ll attract attention and provoke China, even though he doesn’t represent popular opinion.”

Kingston speculated that Abe would only turn to Ishihara as a last resort. “Does the LDP really want to associate itself with the kind of things that Ishihara says? He would only complicate things.”

Joseph Nye, a professor at Harvard University, has even suggested Japan’s embrace of “soft” nationalism could produce a more stable government.

“But if Japan’s deepening nationalist mood leads to symbolic and populist positions that win votes at home but antagonize its neighbors, both Japan and the world will be worse off,” he wrote in a recent syndicated column. “What happens in Japanese politics over the coming months will ripple far beyond the country’s shores.”

Former US deputy secretary of state Richard Armitage is among those who believe Abe’s nationalist bark may be worse than his bite.

"Although he came in to the previous prime minister job with a reputation for great conservatism, he actually governed quite pragmatically, and I look forward to that," he said in a recent interview with the Wall Street Journal.

Abe began his first term as prime minister in 2006 with fence-mending trips to Beijing and Seoul, and chose not to visit Yasukuni, a Shinto shrine that honors Japan’s war dead, including several class-A war criminals.

When he left office a year later, suffering from a chronic stomach complaint he says he now controls with new drugs, Abe had made a start on his project to create a “Beautiful Japan” by introducing patriotism into school curriculums and turning the defense agency into a fully fledged ministry.

But even if he gets a second chance later this month, Abe could find that the realities of office prevent him from seeing it through.