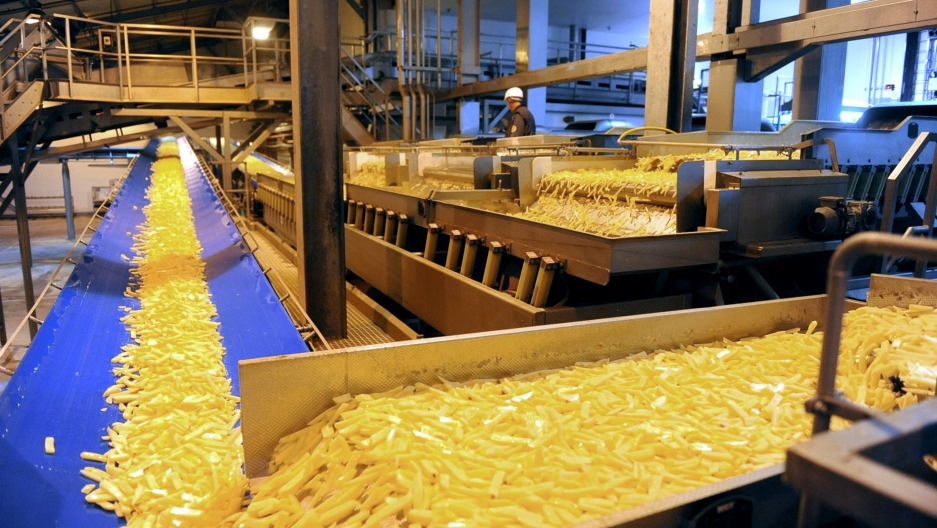 Forget the "Super Size Me" hype, French fries are healthy for you, say researchers from the Federico 2 University of Naples in Italy.

"Frying is bad for us? Absolutely not!," Australia's Fairfax media quoted professor Vincenzo Fogliano as saying.

"If it's fried in the correct way, a potato chip...can be an excellent nutritional product."

Fogliano, along with Italian chef Giuseppe Daddio, studied the way cooking oil was absorbed during the frying stage, finding that such vegetable as zucchini and eggplant — usually thought of as healthy — absorbed 30 percent of the oil.

Fogliano said the secret was in the starch.

"A fundamental rule is that starch plays an important part in sealing the food being fried and reducing the oil absorption. The starch in potatoes ... is particularly effective."

However, in an interview with the Italian newspaper La Stampa, he warned that the same principle did not apply in pre-fried and frozen food items.

"Attention must be paid to frozen or pre-fried products. In these cases, the quantity of food absorbed increases significantly."

Americans eat about 35 pounds of fast food fries per person per year, according to Gladwell.

Citing the New York City Department of Health, the Huffington Post wrote that while 20 years ago, a serving of French fries contained around 210 calories, the average size these days would contain almost triple that

And French fries contributed directly to weight gain over time, the HuffPost cited a 2011 Harvard study as saying.

In the US, 35.7 percent of adults are obese, according to the CDC, while according to WebMD, about 13 million people in the US have heart disease.

Among its findings were that Sonic Drive-In had the lowest calorie content and lowest fat content, as well as the lowest in "bad fats" (saturated and trans fats).

Jack in the Box Natural C were the highest in fiber, while the lowest in sodium were the Chick-fil-A waffle potato fries.