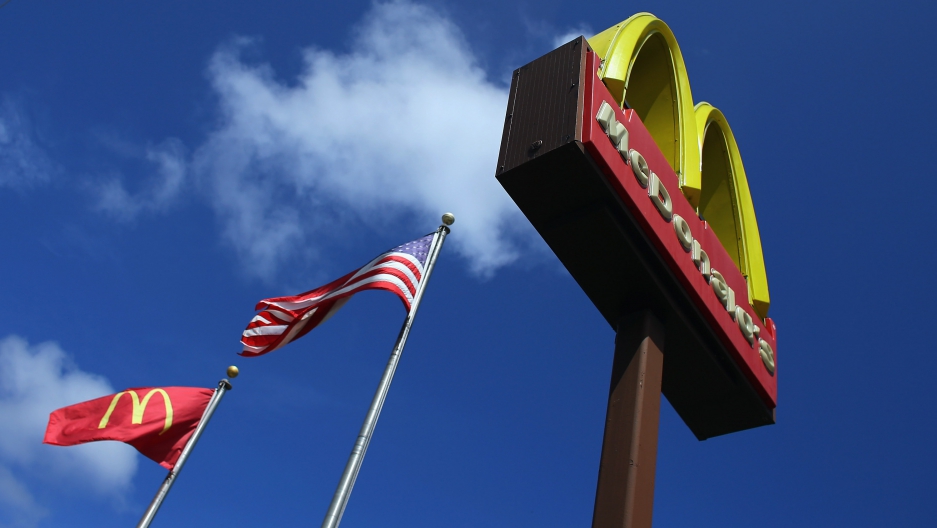 McDonald's has been battling to bring back customers in the face of weak consumer spending globally by pushing its value offerings.
Credit: Joe Raedle
Share

A Georgia woman claims she got more than a Happy Meal when she ordered breakfast from a McDonald's restaurant last Wednesday.

She told media that her daughter was about to bite into her meal when she noticed a shiny nose ring.

"I turned it and I see this piece of jewelry sticking out," Rosario told CBS Atlanta News.

"My concern was that if something happened and she had swallowed it," Rosario said.

Rosario said she has tried to speak to the manager of the fast-food chain at Lawrenceville but has had no luck, and no one has returned her calls.

CBS Atlanta News said it tried numerous times to contact management at McDonald's, but the calls were not returned.

A frustrated Rosario said the incident had left a bad taste in her mouth.

“For now, I'm going to stay back from McDonald’s for a little while,” Rosario told WGCL-TV.