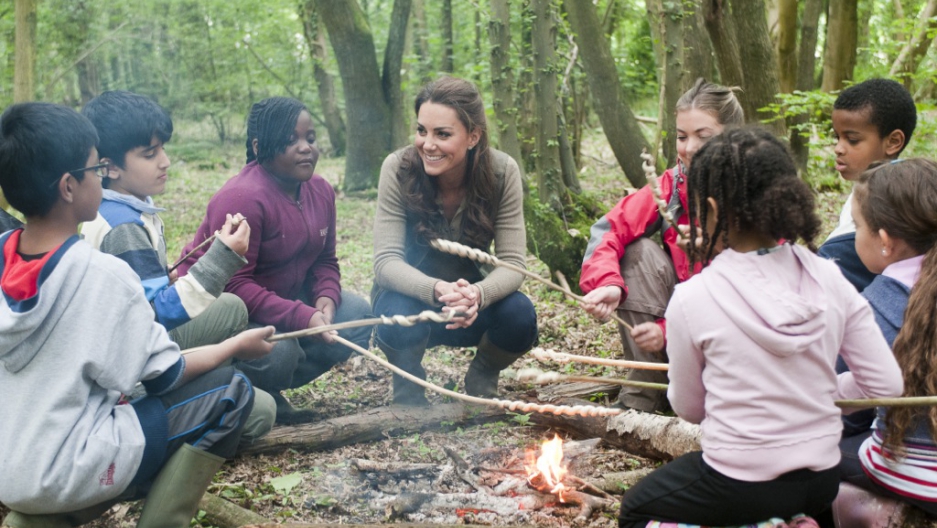 Catherine, Duchess of Cambridge, takes part in a campfire with children as she visits the 'Expanding Horizons' Primary school camp at Margaret MacMillan house in Wrotham, Kent, on June 17, 2012.
Credit: David Parker
Share

Prince William and Kate Middleton are expecting their first child together, according to a royal spokesperson out of St James's Palace.

According to the BBC, a spokesman for the royal family said the duchess has been admitted to King Edward VII Hospital in central London with hyperemesis gravidarum, otherwise known as acute morning sickness. She is expected to stay in the hospital for several days.

A BBC correspondent reported that Monday's announcement was the first Queen Elizabeth and Prince Charles had heard of the pregnancy. British Prime Minister David Cameron as well as Barack and Michelle Obama sent their congratulations, too.

The royal pair were married at Westminster Abbey in April 2011. No word yet on when the baby is due. Once born, the baby will be third in line to the throne.

Once the queen meets the newest member of the royal family, it will mark the first time a still-serving monarch gets to meet a great-grandchild born in direct succession to the crown in nearly 120 years,  according to the DailyMail.