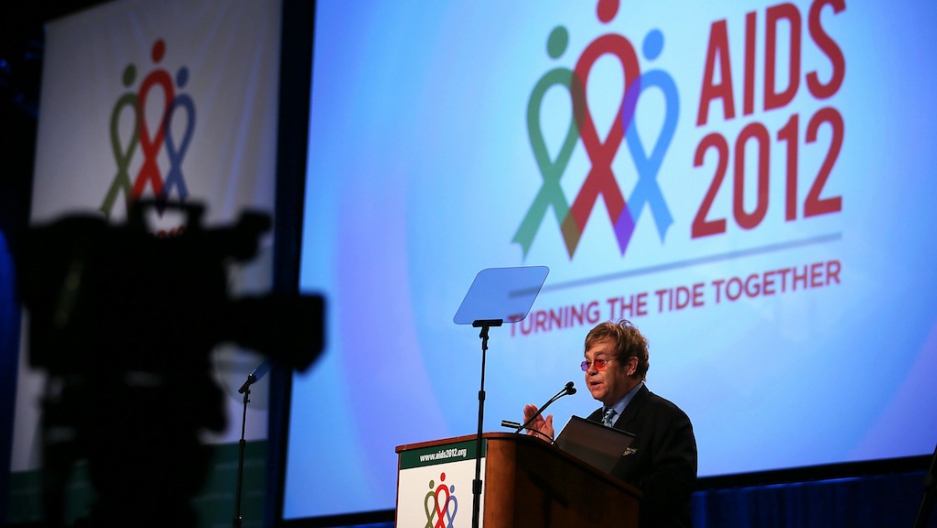 The fight against AIDS continues to be a global one: 33.4 million people are currently living with HIV/AIDS worldwide, and the disease took two million lives in 2008 alone, according to the US Department of Health and Human Services.

The battle is ongoing, as researchers, educators, and doctors continue to work tirelessly to stop AIDS once and for all. Here, seven organizations that are on the front lines.

The Global Fund is waging a three-pronged attack on three of the world's most devastating diseases: AIDS, malaria, and tuberculosis. Since it was founded in 2002, the Fund has become the main supporter of programs looking for a cure, giving $22.9 billion to over 1,000 efforts in 151 countries, according to the organization.

The Fund recently approved its strategy for the next four years, an ambitious coordination of ideas curated from various players during their 2011 Partnership Forum in São Paulo, a workshop with past and current members of their review panel, and meetings in Dakar, Bangkok, Johannesburg, Nairobi, and Geneva.

“The Global Fund has taken a big step forward in implementing the new funding model,” said Simon Bland, Chair of the Fund's Board, in a statement. “This new funding model will make our grants even more effective and capable of achieving real impact.”

UC San Diego's medical school is known for its AIDS research, and is uniquely situated to study HIV/AIDS and other sexually transmitted diseases in the border region of northern Tijuana, Mexico, which lies just south of San Diego. Along with focusing on cross-border issues, it also works to develop new vaccines and treatments.

Dr. Douglas Richman, the Center's director, has also been studying AIDS since its outbreak in the US the late 1970s.

"What is remarkable about most of the newer drugs is that that their side effects are remarkably low, and we can usually find something that people can tolerate," Dr. Richman told the Voice of San Diego. "What we have now is really quite remarkable. We're offering treatment almost universally."

The CFAR has also contributed research efforts to more than 550 published manuscripts and more than 160 conference abstracts about AIDS cures since 2006.

Who can forget the United Nations AIDS organization, a massive collaboration between the UNAIDS Secretariat and 10 UN organizations coordinating sustained efforts to cure HIV/AIDS.

UNAIDS has the ambitious goal of granting universal access to HIV prevention, treatment, care and support by 2015, and their "Getting to Zero" campaign – as in zero new infections, zero AIDS-related deaths, and zero stigma connected to the disease — is in full swing. According to their report, new HIV infections fell 21 percent worldwide between 1997 and 2010. The hope is that they continue to fall further.

Rarely does an important cause not benefit from some well-placed star power, and AIDS is no exception. Pop star Sir Elton John established his two foundations in New York and London in 1992 and 1993 respectively, and both work to support prevention programs, efforts to eliminate discrimination as a result of the disease, and services for direct treatment and care. John also hosts an annual gala to raise money for the cause.

Since its founding, EJAF has given $275 million in grants to programs in 55 countries across the globe.

"EJAF's strategic approach allows us to respond adroitly as the global AIDS epidemic evolves, investing donor dollars where they are most needed and will have the greatest impact," said EJAF executive director Scott Campbell.

"Many of these [2012] grants are requests for renewed funding for organizations EJAF has partnered with in the past, and we have been very gratified to learn about important new issues that have arisen during the course of their work, resulting in funding requests for programs that have evolved to address these issues," he added.

The Treatment Action Campaign (TAC) was founded in Cape Town, South Africa in 1998, and has since grown to a 16,000-member, 267-branch, 72 staff member organization working towards providing access to treatment and full health care services to South Africans living with AIDS.

The organization most recently campaigned against the proliferation of D4T, one of three antiretroviral drugs initially recommended for HIV positive patients by the World Health Organization. Though the WHO changed its HIV/AIDS guidelines in 2010 to recommend a treatment switch from D4T to Tenofovir Disoproxil Fumarate (TDF), the changeover is "moving slowly" in South Africa, and needs to be pushed forward by the Department of Health, according to TAC.

The TAC also educates people about HIV transmission: in 2011 alone, they distributed six million condoms and one million educational materials to South Africans.

The Rush Foundation is a newer organization, but nonetheless powerful. Founded in September 2010, their motto is "funding disruptive ideas against HIV."

Targeting the conversation about AIDS, Rush pushes for a renewal in the debate and discussions about the pandemic. Through their RethinkHIV effort, they commissioned eighteen research papers by leading health economists, epidemiologists, and demographers who looked at different solutions to HIV/AIDS in sub-Saharan Africa and how cost effective each one is.

"We are a small, self-funded organization which doesn't have to cater to donor consensus," Rush explains on their website. "We therefore have a higher risk tolerance than most and we are impatient with obstacles to fresh thinking. In fact, when it comes to tackling this pandemic, we think new, disruptive perspectives are most likely to be the game changers we need."

The results of their commissioned research were published in a book by Cambridge University Press in September 2012.

amfAR, AKA the Foundation for AIDS Research, is one of the leading research-geared organizations in the United States. It was formed in New York in April 1983 to advocate for federal research and support for the then-emerging epidemic, and to "fill the gap" in that support with funding for scientists' and doctors' research efforts.

The organization was also instrumental in, as it says on its website, "disseminating accurate information to legislators and to an uninformed, sometimes frightened, and often bigoted public."

Today, amfAR is still working to fill gaps in HIV/AIDS knowledge and study, albeit different ones than inspired its founding in the '80s. It raises money to support early-stage studies that show great promise in the fight against AIDS, but usually lack the basic, preliminary data that many so-called "traditional funders" require.

In Asia, its network of doctors and treatment facilities TREAT Asia has become "a model for regional collaboration on treatment preparedness, education, training, and clinical research," and it continues to work to educate people and to advocate for AIDS public policy at the federal level.

"The vision of an AIDS-free generation is so compelling, and the science is behind us," said Secretary of State Hillary Clinton in an interview with amfAR. "I believe we will all rise to meet the challenge."