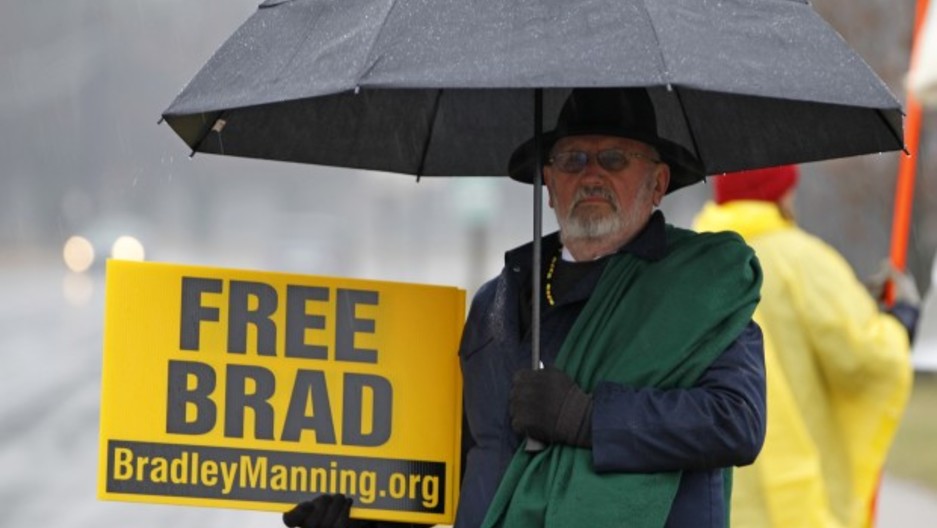 A supporter of U.S. Army Pfc. Bradley Manning holds a sign as he protests during his scheduled motion hearing, outside the gates of Fort Meade, Maryland November 27, 2012. Manning, who is accused of passing hundreds of thousands of classified military and State Department documents to the online whistle blowing site WikiLeaks, is expected to take the stand for the first time as his lawyers plan to use his claim of mistreatment by military jailers to get his case thrown out. REUTERS/Jose Luis Magana (UNITED STATES - Tags: CRIME LAW MILITARY)

Share
Friday was a day of dramatic testimony at the pre-trial hearing in the case of Bradley Manning. He's the soldier who allegedly released hundreds of thousands of classified documents to the website WikiLeaks. The US Army private is due to be court-martialed on 22 charges, including "aiding the enemy." Anchor Lisa Mullins speaks with reporter Arun Rath, who is covering the pre-trial hearing for The World and PBS Frontline.