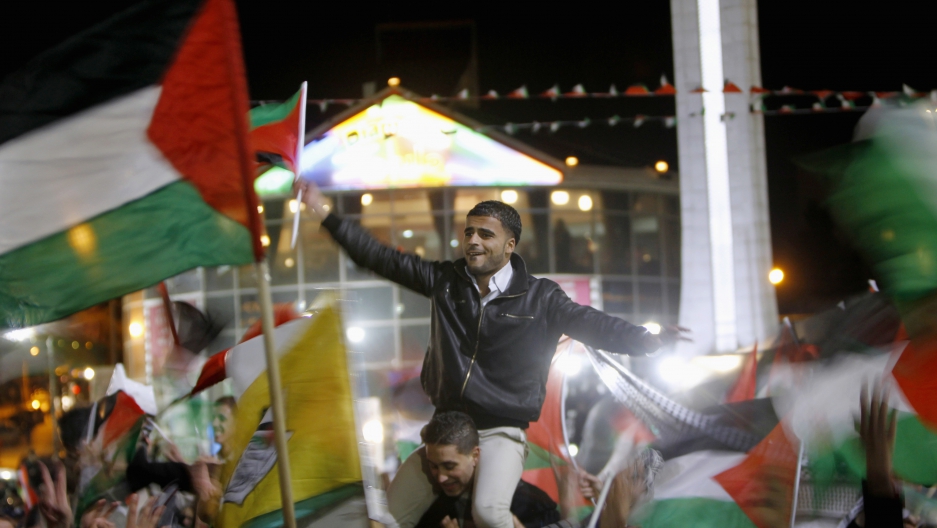 The United Nations General Assembly on Thursday voted to accept Palestine as a nonmember observer state, joining the Vatican.

The move had been fiercely opposed by Israel, backed by the United States, with the argument that Palestine should not receive recognition at the U.N. until it reaches a peace agreement with Israel. Earlier this month, Israel launch an attack on the Gaza Strip in retaliation for repeated rocket attacks launched by Hamas-affiliated terrorist groups.

At the U.N., 138 nations supported the Palestinian bid for observer status. Just nine nations, the United States, Canada, Israel, the Czech Republic, Panama, Palau, the Marshall Islands, Nauru and Micronesia, voted no. Another 41 nations, mostly in Europe and Central America, abstained from voting.

President Mahmoud Abbas spoke to the General Assembly voted, and called this the "last chance" for the so-called two-state solution.

“The General Assembly is called upon today to issue a birth certificate of the reality of the state of Palestine,” he said.

The vote came on the 65th anniversary of the U.N. vote to divide the British Mandate of Palestine into Jewish and Palestinian states. Israel accepted that decision, but Arab states rejected it, leading to a stalemate and many Palestinians becoming stateless refugees. In 1988, the Palestinian Liberation Organization declared independence, effectively accepting the 1947 U.N. decision and beginning this now almost 25 year march toward independence.

Ron Prosor, the Israeli ambassador to the United Nations, called the Palestinian bid for U.N. recognition a rejection of the diplomatic process to achieve peace with Israel.

“Today the Palestinians are turning their back on peace,” he said to the U.N. after Abbas spoke. “Don’t let history record that today the U.N. helped them along on their march of folly.”

The Palestinian's new status potentially gives them more clout and also opens the possibility that they may bring cases against Israeli military and political officials to the International Criminal Court.

Among the states backing observer status, France, Italy and Switzerland. Experts suggested they swung from abstaining to yes in the wake of Israel's mission in Gaza this month.

Israeli officials had a somewhat muted reaction to the final verdict, perhaps seeking to minimize the diplomatic defeat, though they had harsh words for Palestine's Abbas.

According to the New York Times, Israeli Prime Minister Benjamin Netanyahu called his speech to the U.N. “defamatory and venomous” and “full of mendacious propaganda against the IDF and the citizens of Israel.”