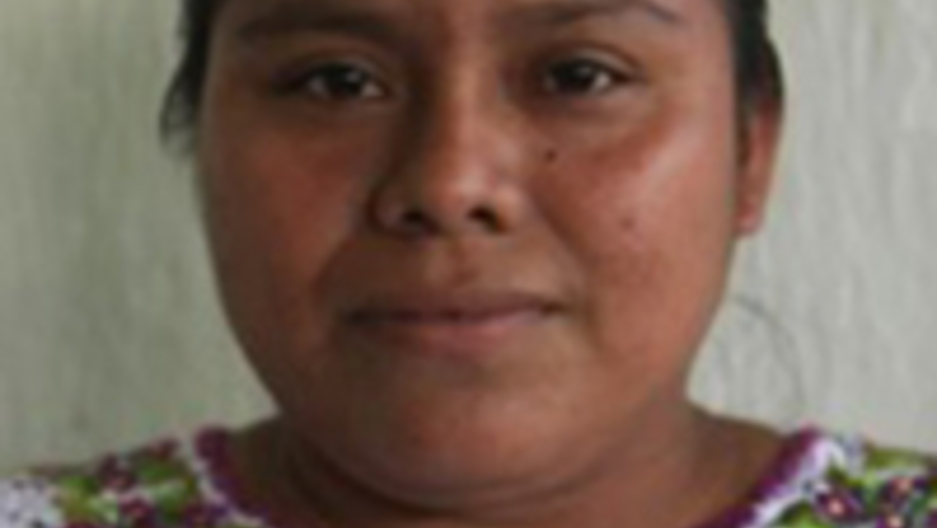 Share
A small group of Guatemalans from remote villages has made a long trek to Toronto in search of justice. Five of them are suing a Canadian mining company. They all claim Hudbay Minerals is liable for violence that left one man dead, another in a wheelchair and a group of women victims of gang rapes. The company denies it is to blame. After traveling for two days from their tiny villages, four Guatemalan women and one man arrived this week in Toronto. Their sandals suggested they were not prepared to face Toronto's subzero temperatures. But Angelica Choc said she's ready to face those she blames for the death of her husband. "When the plane landed I had a very sad feeling remembering him," she said, "but I am here to find justice." Adolfo Ich was shot to death in 2009. He was a community leader fighting efforts to evict villagers from their land. Through tears, Choc recalls the moment her son broke the news. "Mama," she remembered him saying as he knelt before her. "They've killed my father." In court documents, Choc and the others claim security officers employed by Hudbay's Guatemalan subsidiary are responsible for the violence. But they claim Hudbay is liable because it knew the officers weren't licensed, were poorly trained and carried illegal weapons. The company denies that and says it respects and protects human rights. At San Lorenzo church in north Toronto, the mainly Latino congregation's songs of praise carry a distinctive rhythm. Today, the worshipers are welcoming the Guatemalans who have come to share their stories. Rosa Elbira slumped in her chair, choking back tears as she recounted the day in 2007 when she said she was repeatedly raped by nine men. Among them, she claimed, were police, soldiers and security officers for a mining company. Beside her, holding her hand in support, sat 23-year-old German Chub Choc. He's paralyzed from the waist down, a bullet still lodged near his spine. He admitted to moments despair since the day in 2009 when he said he was shot by the head of the mining company's security detail. "Look at me," he said, pointing to his wheelchair. "Look at what I've become." HudBay argues the claims won't hold up in a Canadian court. But its lawyers are trying to stop the case from even getting that far, arguing any case should be tried in Guatemala. But the lawyer for the Guatemalans, Murray Klippenstein, said that's unrealistic. "Many organizations note the Guatemalan legal system is basically corrupt, it's open to the intimidation and threatening of witnesses — you basically can't get justice in Guatemala," Klippenstein said. Audrey Macklin, a professor at the University of Toronto law school, said the Guatemalans are facing significant but not insurmountable hurdles. "Canadian judges have traditionally been reluctant to hear these kinds of cases, even when the plaintiffs argue that the justice system in their own nations are corrupt or ineffective," she said. American courts have also faced many cases involving multinational companies operating abroad. They've been more willing to let the plaintiffs be heard. Retired Supreme Court of Canada justice Ian Binnie isn't familiar with this case. But he said the time may be coming to rethink the issue in Canada. "Eventually, the courts are going to have to face up to the fact that in any responsible legal system people have a right to a day in court. And if the only court available is in Canada then that's where the problem should be faced," Binnie said. Taking comfort among those supporting them at the church, the Guatemalans know they've got a long hard fight ahead of them. But they insist their only route to justice for what they claim happened in their villages — is through a Canadian courtroom.