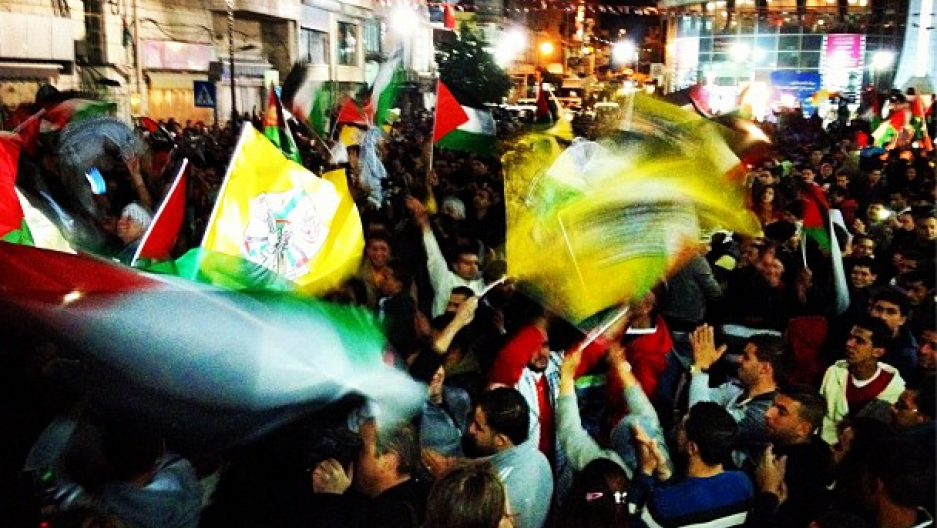 In a swift vote on Thursday, the UN General Assembly voted overwhelmingly to recognize the Palestinian Authority as a non-member state, giving strong symbolic backing to Palestinian bids for full recognition on the world stage.

“An important vote has taken place today,” UN Secretary-General Ban Ki-moon said following the vote. “I believe that the Palestinians have a right to their own independent state,” he continued, adding, “Today’s vote underscores the urgency of a resumption of meaningful negotiations” with Israel.

The change in Palestinian status from a permanent observer "entity" to a non-member state at the UN comes after past failed attempts for the new moniker. The status was awarded with 138 votes in favor, nine votes against, and 41 abstentions.

As anticipated, the United States cast one of the highest-profile votes against the change.

"We have always been clear that only through direct negotiations between the parties" can a two-state solution be acheived, US Ambassador to the UN Susan Rice told the General Assembly after the vote.

Rice went on to contend that the vote "should not be misconstrued" and "does not establish that Palestine is a state."

Others who voted against the bid included Canada, the Czech Republic, Marshall Islands, Micronesia, Nauru, Palau and Panama, according to the Associated Press.

European countries were divided over the proposed change in the Palestinian Authority's status. France was especially vocal in favor of it, while Germany, after deep soul searching, decided first to oppose the bid, then finally to abstain. Britain, sitting on the fence between its loyalties to the US and relationships with its own neighbors, also abstained.

Meanwhile, GlobalPost's correspondent in Israel, Noga Tarnopolsky, said the decision will have little to no effect on the ground in Palestine.

What will the Palestinian Authority be able to do with its new status? Concern has centered around the possibility that it may be empowered to take Israel to the International Criminal Court for alleged war crimes. More on that from GlobalPost's Priyanka Boghani, here.