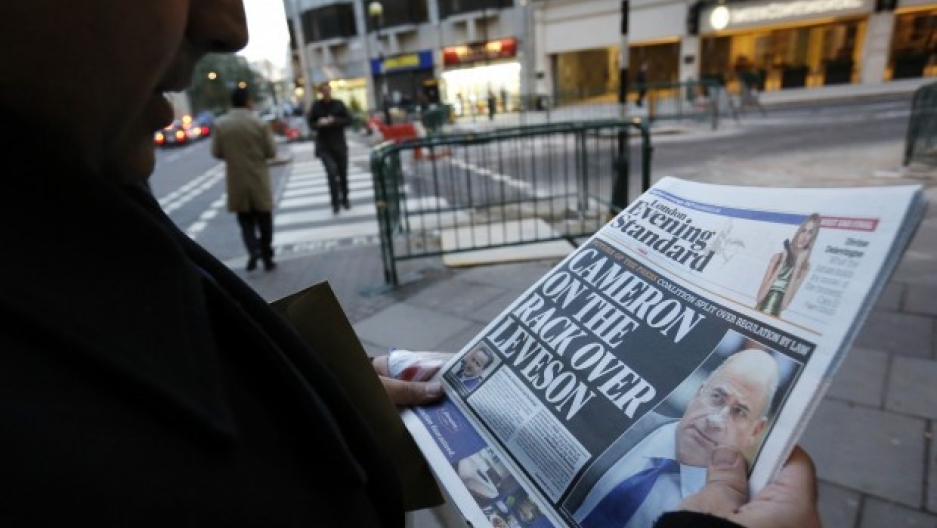 A man reads a newspaper article about Lord Justice Brian Leveson's report on media practices in central London November 29, 2012. British Prime Minister David Cameron said on Thursday that he had serious concerns about legislation to regulate the media, risking a split in his coalition after a damning inquiry triggered by a phone-hacking scandal proposed a press watchdog backed in law. REUTERS/Olivia Harris (BRITAIN - Tags: POLITICS MEDIA CRIME LAW)

Share
It was the scandal that brought down media baron Rupert Murdoch's former tabloid publication News of the World — the phone hacking of British celebrities, politicians, athletes and crime victims. The scandal compelled the British government to call for a closer look at the standards that guide the country's media. Thursday Lord Justice Sir Brian Leveson unveiled The Leveson Inquiry, a report that revealed the findings of that closer look. In an address in London, Lord Justice Leveson had harsh words for the press and said they have failed to meet their own standards for responsibility. And he recommended the British press be regulated by an independent group supported by law and with the power to fine. Anchor Lisa Mullins speaks with Sarah Lyall, a London-based reporter for New York Times.