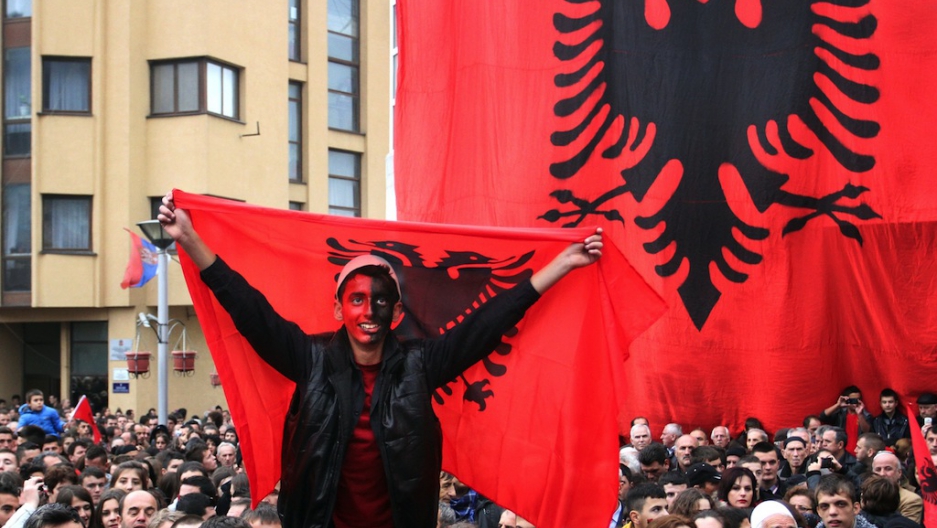 An Ethnic Albanian boy waves an Albanian flag during a rally marking the Albanian Flag Day on November 28, 2012 in Presevo, southern Serbia. At least 2,000 ethnic Albanians, who form a majority in this region bordering Kosovo, gathered today to celebrate the 100th anniversary of Albania's independence. Albania marks 100 years of modern statehood by commemorating the November 28,1912 declaration of independence from the Ottoman Empire.
Credit: SASA DJORDJEVIC
Share

Albania celebrates 100 years of independence from the Ottoman Empire, declared on November 28, 1912.

Albanians flooded Tirana's main square wearing red and black, with faces painted and ready to eat a giant cake made to look like their country's flag.