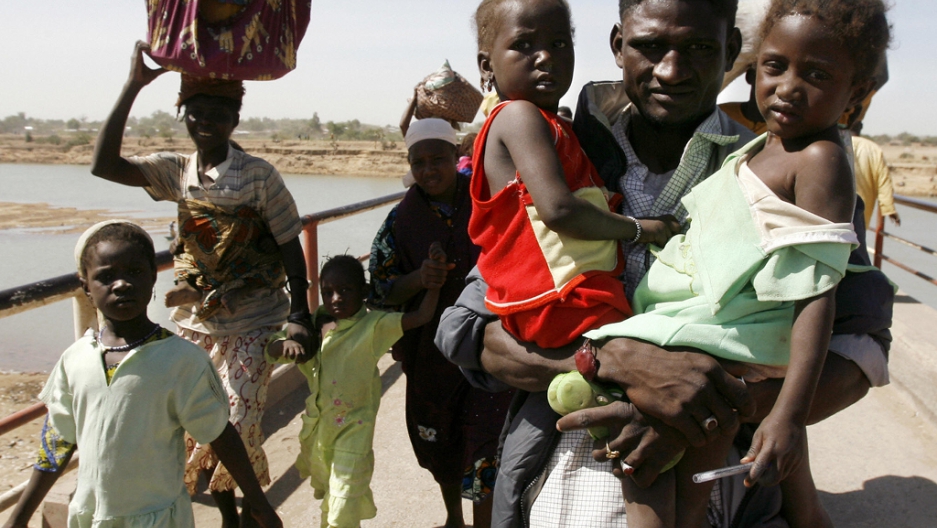 As people along the East Coast struggle to recover from super storm Sandy, there has been serious talk of building giant floodgates to protect parts of New York City from the next such event.

Giant floodgates might be part of a long-term solution, but we need to find others that address the looming consequences of climate change, and recognize that family planning is part of the mix.

As weather threats have grown, so has our world population. According to the National Oceanic and Atmospheric Administration, last year the United States suffered a record 14 weather events, each costing at least $1 billion in damage. And every year, more than 80 million people join our human family. That’s like adding another New Jersey every six weeks.

Rapid population growth and fossil fuel emissions are two leading characteristics of our modern age. Since 1800, world population has grown sevenfold, while per capita CO2 emissions have increased 150 times. Put the two together, and you have about 1,100 times as much in terms of emissions.

At first glance, it is hard to see how population growth in less developed nations is linked to climate change. After all, people who live in places with the lowest carbon emissions tend to have the largest families. Residents of the African nation of Chad have about six children each, yet their annual per capita carbon emissions are less than 1 percent of those of the average American. It would be unfair to blame climate change on people in less developed nations who seek the same creature comforts many of us take for granted.

But we can’t escape this fact: A 2005 London School of Economics study concluded that, if each of us living in a highly developed country reduced our carbon footprint by 40 percent over 40 years, all of that would be cancelled by our present population growth rates alone. And that doesn’t even take into account the fact that emissions will rise dramatically if and when billions of people are able to escape from poverty.

What sort of future do we picture for people in the poorest places on earth, where most people live on less than two dollars a day and where people lack access to clean water and basic sanitation? Many now-impoverished people in Africa and elsewhere would like to have – as many in the developed world do – central air conditioning. And cars. And air travel to other continents. All of these luxuries will increase per capita emissions.

Rather than assume long-term poverty for billions of our fellow human beings, we must cut our own emissions even as emissions of the poorest people increase to a level that yields a decent quality of life. To insure that the reduction of emissions in the developed countries is not cancelled by increases from the developing world, we must slow the growth rate of our human family.

Today, more than 222 million women in developing nations would like to limit their family size, yet they are unable to do so because of a host of obstacles. Lack of information about modern contraception and cost are important factors. But the most serious barriers are often more subtle and complex. They include misinformation about side effects of birth control methods, including the false notion that they lead to sterility. In many societies, women – especially young brides – have no power over their own lives. Husbands, clerics and even mothers-in-law occupy the positions of authority. Failure to procreate can have violent consequences for women, some of whom are barely into their teens.

If the United States were to invest one additional dollar per American per year in awareness-raising and education campaigns, we could help break down these barriers in partnership with other nations. Added to our current investment in international family planning, this would amount to one billion dollars per year.

Meeting the challenge of climate change is likely to take dedicated efforts over many generations. We also need a plan that will help lift out of poverty people in the developing world. Family planning should be a key part of that plan.