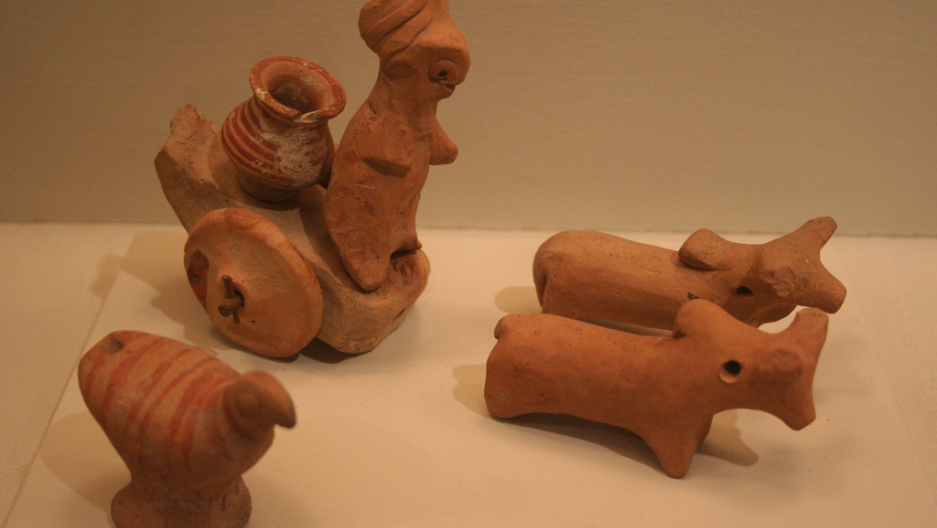 NEW DEHLI, India — When archaeologist KN Dikshit was a fresh-faced undergraduate, in 1960, a remarkable discovery pushed back the origin of civilization in the Indus River Valley by some 500 years. Now, he claims to have proof that pushes India's origin back even further — making Indian civilization some 2,000 years older than previously believed.

“When Bhirrana [Rajasthan] was excavated, from 2003 to 2006, we [recovered artifacts that provided] 19 radiometric dates,” said Dikshit, who was until recently joint director general of the Archaeological Society of India. “Out of these 19 dates, six dates are from the early levels, and the time bracket is forming from 7500 BC to 6200 BC.”

Since the early excavations at Harappa and Mohenjodaro, in what is today Pakistan, the Indus Civilization has been considered among the world's most ancient civilizations — along with Egypt and Mesopotamia (in what is today Iraq).

But the six samples discovered at Bhirrana include relatively advanced pottery, known as “hakra ware,” that suggests the ancient Harappan civilization began much earlier than previously believed — and that its epicenter lies in the Indian states of Harayana and Rajasthan, rather than across the border.

As Dikshit and his colleague, BR Mani, current joint director general of the ASI, write in a recent note on their findings:

“The earliest levels at Bhirrana and Kunal yielded ceramics and antiquities ... suggesting a continuity in culture, right from the middle of the eighth millennium BCE onwards ... till about 1800 BCE.”

That suggests the Harappan civilization is nearly as old as sites from West Asia such as Jericho, where evidence of a neolithic city has been found to date from as early as 9000 BC. But it also means that Harappa, with new proof of hakra ware dating to 7500 BC, may have been more technologically advanced — bolstering India's claim to the title of the cradle of civilization.

“When [John] Marshall excavated the Indus Valley Civilization [in 1922], he gave it the date of about 3000 BC,” said Dikshit. “But when [Mortimer] Wheeler came in 1944, he gave a shorter chronology and put the Indus Civilization between 2450 BC and 1900 BC. Those dates were also supported when Carbon-14 dates started to come from other parts of the world.”

“In 1960, in Kalimanga, we were only able to push it back a few hundred years. But with these dates [from Bhirrana] things have entirely changed.”

Both Dikshit and Mani downplayed competition between India and Pakistan for bragging rights over the Indus civilization — where the best archaeological site for tourists is in Mohenjadaro, in Pakistan's Sindh province. But the ancient has a way of bleeding into the modern, as various controversies have shown over the years.

Most prominently, perhaps, the so-called “horse theory,” rooted in N.S. Rajaram's fraudulent claim that he had deciphered the Harappan script, introduced horses into a concocted history of the Harappan period in order to provide a missing link to the Vedic period in which the oldest scriptures of Hinduism were written.

Noted for his ties with the loonier side of Hindu nationalism, Rajaram pieced together a tale that suggested “Babylonian and Greek mathematics, all alphabetical scripts, and even Roman numerals flow out to the world from the Indus Valley’s infinitely fertile cultural womb,” according to Harvard Indologist Michael Witzel and comparative historian Steve Farmer.

But for Dikshit and Mani, manufactured controversies of that kind belong in the realm of politics, not archaeology.

“These things should not be raked up,” said Dikshit. “I just don't want to give any statement on this. People are talking. There was an Aryan invasion, then Aryan immigration, then horse theory — this theory, that theory. They are simply wasting their time.”