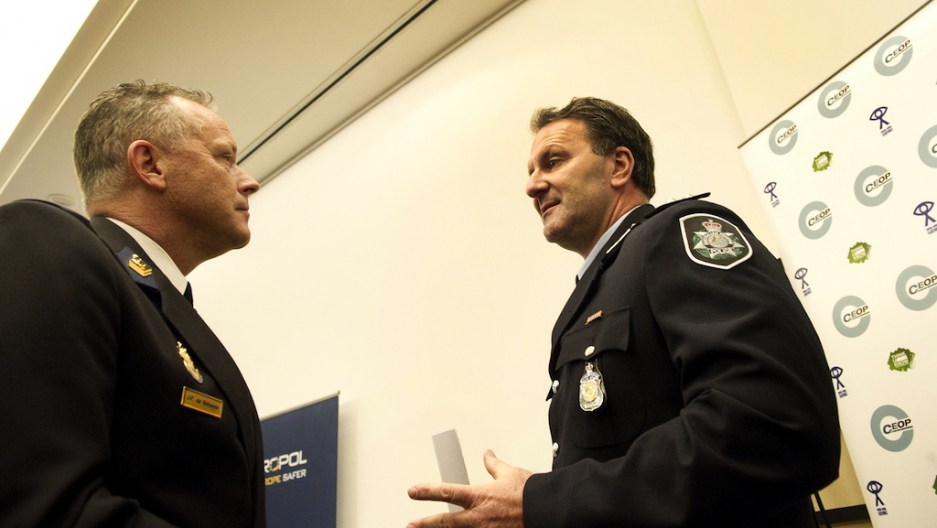 Dutch Joop Scheffer (L) of the Zaanstreek-Waterland police department talks with Australian colleague Grant Edwards on March 16, 2011, before a press conference in The Hague. Europol announced on March 16 that police in several countries had arrested 184 alleged members of an online pedophile ring and rescued 230 children.
Credit: Toussaint Kluiters
Share

A convicted sex offender who has been "named and shamed" on a Facebook page in Ireland is suing to take the page down, UTV reported. The man was released from prison to find that his photo had been posted on a pedophile-monitoring page, called "Keeping our kids safe from predators." Under his picture was a series of threatening comments. He felt that he was subject to danger and is hoping to get his personal details removed from the site.

But Facebook has already removed his photograph, according to BBC News.

The man however wants Facebook to go further and prevent those who posted his information from publishing any further information about him. He also wants Facebook Ireland to close the accounts of those operating the page, the BBC reported. The court is keeping him anonymous as the case goes forward. "He deposes to fear and anxiety. He avers that there is a marked change of attitude on the part of his neighbors," the judge in the case said.