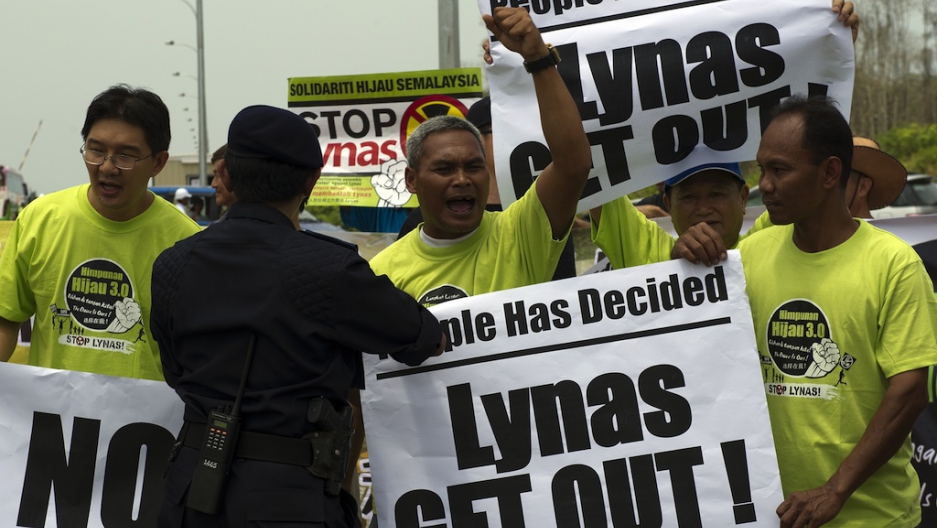 A Malaysian police officer asks anti-Lynas activists to move off the road as they protest against the Lynas Corporation near the under construction Lynas plant in Gebeng, some 270 kilometers east of Kuala Lumpur on April 19, 2012. Scores of anti-lynas activists gathered to record their protest during a media tour to the plant. The Australian miner Lynas Corporation will process rare earths imported from the Mount Weld mine in Western Australia.
Credit: Saeed Khan
Share

The plant, which is the largest outside China, has already received its first shipment of rare earth concentrates and is scheduled to begin operations within the coming weeks, Channel News Asia reported.

The activists and demonstrators are concerned with the implications the plant will have on residents' health, saying that the plant could produce dangerous radiation, the New York Times reported. Lynas has denied such radiation concerns.

The protesters were in a standoff with police at Kuala Lumpur's landmark Independent Square, or Dataran Merdeka, vowing to camp there until Monday morning, Xinhua reported.

Deputy Inspector-General of Police Tan Sri Khalid Abu Bakar told reporters that the protesters had not informed police of their rally, nor received permission to picket in the Square, the Malaysian Insider reported.