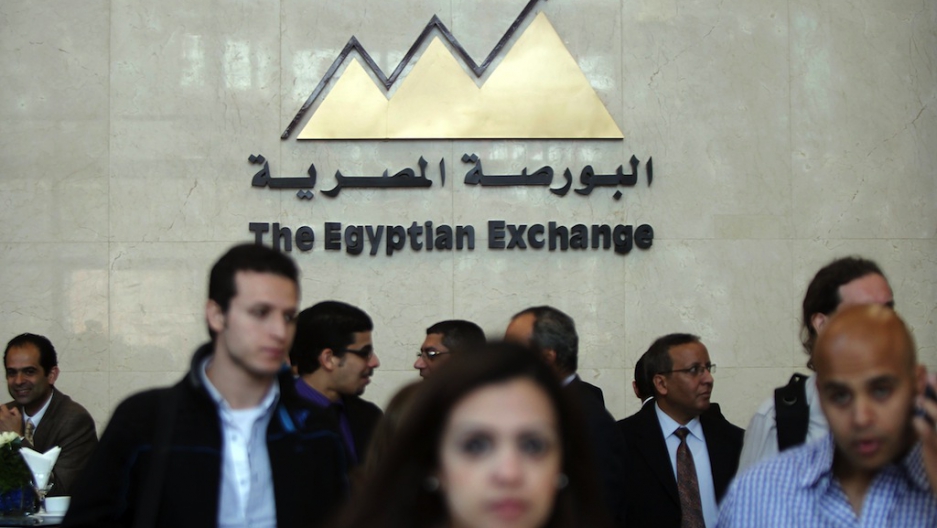 Guests attend the inauguration ceremony of the new headquarters of Egypt's stock exchange in the Smart Village on the outskirts of Cairo on April 12, 2012. AFP PHOTO/KHALED DESOUKI
Credit: KHALED DESOUKI
Share

The 9.5 percent fall was the worst since last year's uprising that toppled Hosni Mubarak. The market could have plunged even further but was halted by automatic curbs.

"We are back to square one, politically and socially," said Mohamed Radwan, an analyst at Pharos Securities, an Egyptian brokerage firm, told The Guardian.

More than 500 people have been injured in demonstrations since Friday, after news that Morsi had issued a decree expanding his powers and and protecting any decisions he makes from judicial review, reports Reuters.

Morsi also protected the writing of Egypt's new constitution from a series of legal challenges that have threatened to dissolve the Islamist-dominated assembly. The new constitution has reportedly worried Egyptian liberals who fear it will chip away at basic freedoms.

Morsi has defended the expansion of powers saying it will speed up the transition from Mubarak's rule to a new democratic government.

Yet those opposed to Morsi's rule including leftists, liberals, socialists say it has exposed the autocratic impulses of a man once jailed by Mubarak, reports Reuters.

"There is no room for dialog when a dictator imposes the most oppressive, abhorrent measures and then says 'let us split the difference'," prominent opposition leader ElBaradei said.

The move is a major setback for the Egyptian economy, which had benefited from investor confidence that a newly elected government would help stabilize the country and put its economic and political problems behind it.

In an attempt to defuse the crisis, Morsi's office released a statement on Sunday saying the decree was a temporary measure, not designed to concentrate power in his hands, according to the BBC. The statement said the decree was meant to prevent democratically elected bodies from being undermined.

Morsi said he was committed to finding "common ground" with other parties. He will be meeting senior judges on Monday.

The BBC reported that Justice Minister Ahmed Mekky has begun preparing to attempt to mediate between the president and the judges.