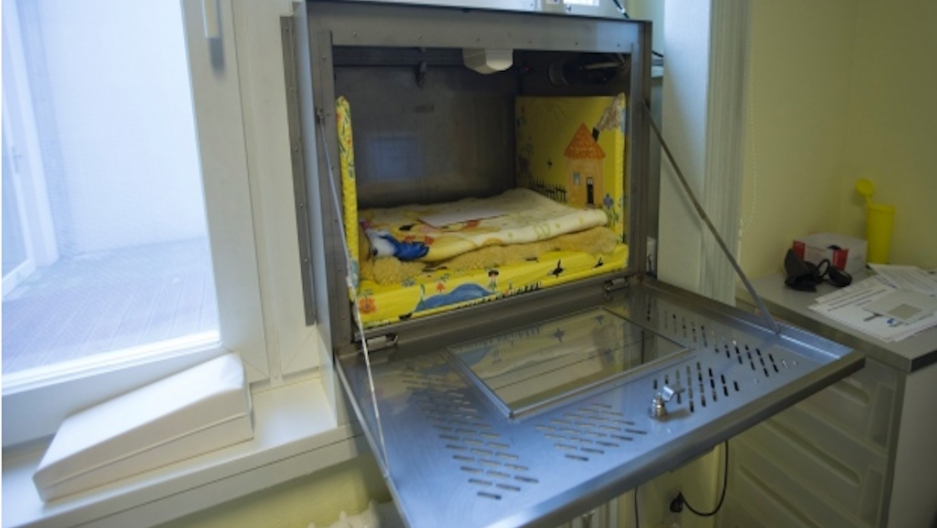 In multiple European countries, women who recently gave birth are legally allowed to leave their newborns in warm, publically-accessible incubators.

The incubators are found at some hospitals and can be opened from the outside. The point of these incubators, often called baby boxes, is to allow mothers to abandon unwanted babies in a safe and anonymous way.

But the UN Committee on the Rights of the Child is now speaking out against the practice and asking the EU for a baby box ban, Jewish World Review reported.

German pastor Gabriele Stangl came up with the baby box idea in 1999, after a woman in Berlin confessed to murdering an unwanted baby that had been conceived through rape. Strangl thought that a so-called "baby box" would help other desperate women caught in similar situations, the Associated Press reported.

Once a baby is put in the box, its door closes and a nurse immediately gets alerted by a signal, the AP reported in October.

There are now nearly 100 baby boxes in Germany and more than 40 in Poland and the Czech Republic. There are also some in Italy, Lithuania, Russia, Switzerland and Belgium. Hundreds of babies have been abandoned in the boxes in the past decade.

Though the boxes appear to be safe, the UN committee now claims that the baby boxes violate children's rights to identify their parents.

"Baby boxes do not operate in the best interest of the child or the mother," Maria Herczog, a sociologist and member of the UN committee, told the Jewish World Review. The UN committee has no actual authority however. Advocates of baby boxes maintain that the practice prevents infanticide and unwanted children.