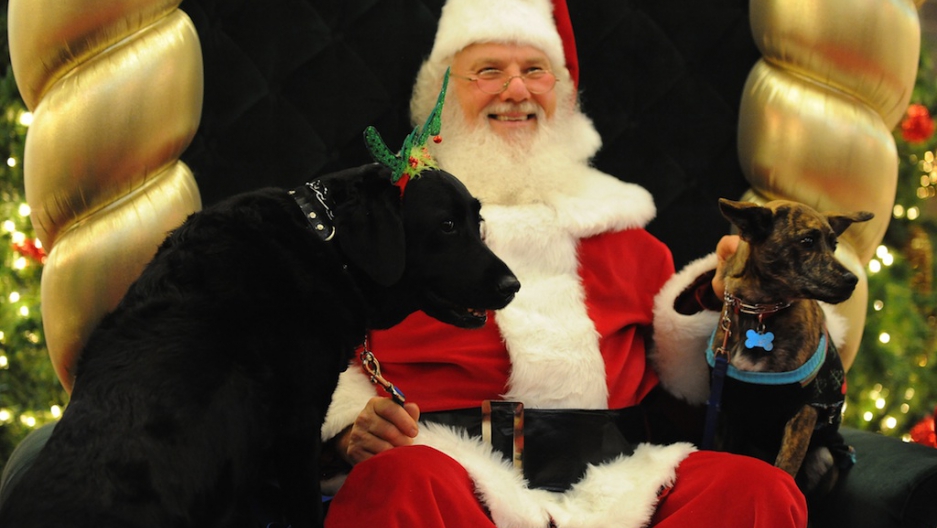 Debenhams, a British department store chain, may be the modern capitalist's Grinch this year.

The company have decided to nix in-store Santa Clauses for the holiday season. Why would they be so cruel, you ask?

"There has been such an increase in shopping center and town center Santas over the past few years," a Debenhams spokeswoman told the Telegraph. “We had complaints from parents saying there were too many, which was confusing for their young children. We don’t want to overcrowd the market, and of course, Father Christmas can only be in one place at one time.”

Some, however, have cried foul, citing safety concerns (like what, exactly?) or budgetary restrictions as the reason for pulling St. Nick from stores.

“We’ve seen a decrease in demand for Father Christmas’s over the last two or three years, particularly for those who sit in shops for several hours a day," said Hannah Perry, the owner of Encore Casting, a recruiter of Father Christmas’s for Debenhams and other clients.

“Debenhams must have decided that it is not advantageous to have a Father Christmas in their stores. Although it gets people in the door, there is no guarantee that they’ll spend money. It’s sad that the tradition has broken. I’m sure it’s a cost-cutting issue," Perry added.

Santas across the pond, however, are getting near-Presidential treatment: Burton's Courtland Center in Michigan flew their jolly red-suited Santa in by helicopter, the Detroit Free Press reported.