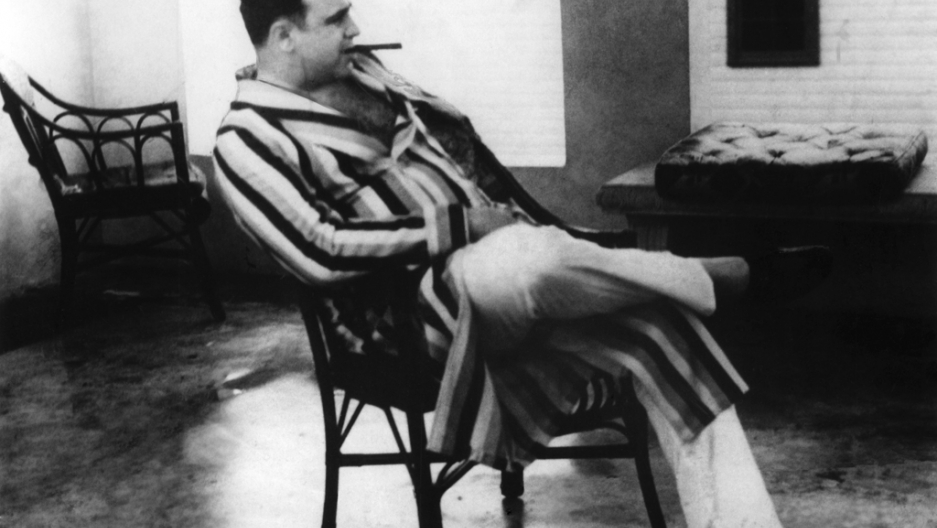 NEW DELHI, India — A hail of bullets cut down one of India's most powerful businessmen last weekend, turning the country's rough-and-tumble liquor trade upside down and bringing new scrutiny to one of the oldest ties binding crime and politics.

The best touchstone for outsiders to use to understand the carnage may be Showtime's prohibition-era gangster series “Boardwalk Empire.” India's own Nucky Thompson — the fictional character, based on New Jersey political boss Enoch Johnson, played by Steve Buscemi — Chadha had built a vast fortune.

His billion-dollar business empire spanned real estate, film production and electricity generation, but his power remained firmly rooted in the liquor business, where political manuevering won him a monopoly over distribution in India's most populous and arguably most lawless state, Uttar Pradesh.

“Before Ponty Chadha got all these big contracts, they were distributed district-wise in each state,” said Rajinder Singh, a Delhi high court lawyer who represents several large clients in the liquor business.

“Ponty Chadha changed the entire scenario. He somehow managed to bag the contract for the entire state of Uttar Pradesh. And earlier Punjab also.”

Chadha — who was riddled by 12 shots to the back, abdomen and chest — was killed as part of a family dispute with his brother Hardeep, who was also killed. His death highlights the deep roots of India's gangland democracy, as graft, “black money” and the so-called criminalization of politics emerge as the biggest talking points for the upcoming national election in 2014.

The inner workings of the liquor trade that built his empire illustrate how systemic flaws, rather than a simple lack of policing, have created and entrenched corruption in the world's largest democracy.

Recent, high-profile corruption cases in the allotment of telecom licenses and coal mining blocks, together with the hammer-and-tongs campaign against graft led by activist Arvind Kejriwal, have created the impression that India has never been so crooked. But that is not really the case — even though the dollar amounts involved are much larger due to the growth of India's economy.

In a sense, Chadha's liquor empire represents a throwback to the days before India's economic liberalization in 1991, when the so-called “License-Permit Raj” gave the nation's politicians and bureaucrats a free hand to extort bribes from any business that wanted to do something as innocuous as step up production.

Economic reforms dismantled most of those regulations, making Indian business, though still flawed, fairer than it has ever been. But not in areas like mining or telecommunications, where the government is responsible for allotting a public resource. And not in the liquor business, thanks to a hangover of the temperance movement and the grim reality of alcoholism — especially among the destitute.

Championing a prudishness about alcohol to avoid awkward questions from the public, political parties of every hue use arcane excise laws to limit the sale of alcohol to a handful of licensed shops. The artificial scarcity guarantees that the business remains profitable. And the doling out of licenses as patronage ensures that politicians have a ready source of money and muscle power when it comes time to campaign.

“Liquor is a highly controlled industry, and that itself [creates these conditions],” said Damodaran. By its very nature, since everything is controlled or prohibited, it suits the political class. When you declare something as sinful, everybody takes their eyes from it, and everybody can earn something on the side.”

“This level of violence is very rare. In the liquor business you have gang wars between various factions to control the liquor vends or for getting the licenses for selling the liquor,” said Singh.

Chadha's influence on policy was extraordinary, to say the least. Prior to his death, Chadha enjoyed a monopoly over Uttar Pradesh's $2.5 billion liquor trade, controlling nearly every warehouse and booze shop in the state, thanks to a 2008 government ruling that created a special excise zone on his behalf.

In the past, he'd held a similar stranglehold over liquor distribution in Punjab. And he'd ruled the trade in the so-called “millennium city” of Gurgaon, on the outskirts of New Delhi in the state of Haryana, for eight years before the state began allotting liquor licenses through a lottery system in 2006.

The liquor baron was no stranger to the legal system. In 2011, for instance, opposition parties called for a Central Bureau of Investigation (CBI) probe into his purchase of five state-owned sugar mills, alleging that then-Chief Minister Mayawati had sold them to him for one-tenth of their nearly $400 million worth.

Tax authorities accused Chadha of squirreling away some $32 million in unrecorded income after a raid on one of his cinema complexes earlier this year. And in 2009 rival firms accused him of rigging the bid system to ensure that one of his firms received a lucrative government contract for a supplementary nutrition program for the poor — a bid he secured once again this year in a deal worth $1.85 billion.

Though the situation may be particularly bad in Uttar Pradesh, which grows most of India's sugar cane, self-serving policies govern the trade across the country, Singh argues. In the south Indian state of Tamil Nadu, for instance, the government has itself taken over liquor distribution, and imposes a stiff luxury tax, in the name of curbing alcoholism.

But in the state capital of Chennai, the filthy government-owned shops allow patrons to drink on the pavement outside — sometimes from bargain-priced plastic bags of off-brand hooch — so there is nearly always a derelict passed out in the gutter with his pants around his ankles. Meanwhile, even in Delhi, where the taxes on liquor are among India's lowest, anybody with the slightest social status has a bootlegger on speed dial.

“The problem is the excise laws in India are very tough,” said Singh. “Some states have now been changing their policies to avoid these kind of people getting into the trade, but most of the states have the same kind of policy.”

The reason is that the politicians who make the laws have a vested interest in maintaining control over the liquor trade — as well as the rough characters who run it.

“Whatever you're selling is all cash ... that makes it more amenable to fund elections and those kind of things,” said Damodaran. “That is what attracts politicians to this. Cash is easier to spend in elections. It doesn't leave any trail.”

“If you want to have a political rally and get people, you have to pay people in cash. That's why politics and the liquor business go together very well, and not politics and say, software.”

As Delhi state police continue to investigate the circumstances of the shootout — which occurred Nov. 17 at Chadha's sprawling estate on the outskirts of the capital — the exact number and type of weapons used in the gun battle remains a mystery, according to the Times of India. Investigators have allegedly recovered spent shells and bullets from banned weapons and confirmed that the entourages of both Chadha and his brother included serving members of the Punjab state police — information that hints at a disturbing blurring of official and unofficial power.