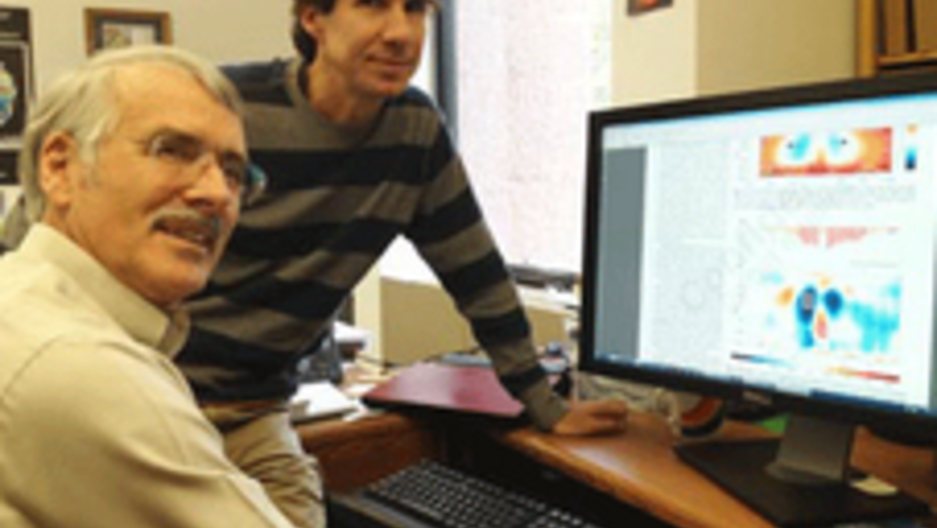 Scientists agree that the planet is warming, but there is a wide range of projections as to how hot it’s going to get.

In short, he said, that's a question of whether New York City becomes more like Richmond, Va., or more like Atlanta, by 2100, or roughly 90 years from now.

"There is the capacity for further warming after that, or if we take action to curb climate change, less warming eventually," he said.

The biggest source of divergence, from three to eight degrees, Fasullo said, is how clouds will change from the increase in greenhouse gasses.

Fasullo tried to change that equation, by ignoring, to a degree, whether clouds will become more or less prevalent and focusing on the conditions that lead to clouds. Part of the reason predicting cloud cover is hard is because we don't measure it with regularity or precision. But we do measure temperature and humidity, which makes that easier to compute in a model.

By Fasullo's new model, the more accurate model turns out to be the one that predicts greater warming for Earth, he said. These models come from the United Kingdom's meteorological office, Fasullo's own atmospheric research center and a third model from Japan.

But not everyone agrees. The Intergovernmental Panel on Climate Change has consistently said warming will be lower than these extreme models.

"I think that body tends to be fairly apolitical, and is hesitant to make a judgment on which models are more reliable unless there is some very sound scientific basis for doing so," Fasullo said. "This is an attempt to provide an objective measure as to which models are doing the best."

The panel has already included Fasullo's work in its next report.

"It will be up to the authors on how they incorporate that information," he said. "Science generally works by consensus and an evolving understanding of the issues. So this will be one piece of evidence that they consider, but really there needs to be a broader effort across the scientific community to improve models and create a more complete picture."

In raw numbers, Fasullo projects the Earth will be five to eight degrees warmer by 2100. But that's not a foregone conclusion, he pointed out. Depending on how much greenhouse gas is emitted between now and then, that range could move in either direction.

If things don't change, though, Fasullo said the models predict a vastly different world — a world where snow, and Arctic sea ice are dramatically altered.

"That doesn’t even touch on the question of adaptation — whether certain parts of our environment are going to be able to adapt to such a sudden and really large shift in temperature zones," he said.

Fasullo hopes his work will help people come to grips with the climate change reality and try to deal with it — rather than just ignore it.