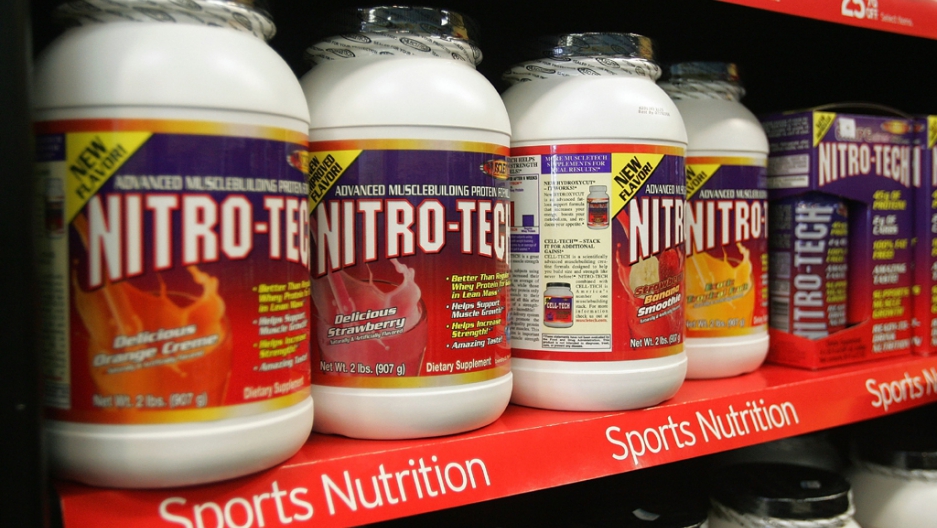 A new study finds a growing number of teenagers are turning to steroids, extreme dieting and protein powders to put on muscle.

Scientists behind the research published Monday in the journal Pediatrics called the trend a "cause for concern" and of "considerable public health importance," CBS News reported.

They say pressure to perform in sport and the media's more muscular body ideal may be driving factors.

"Really the pressure to start using (steroids) is in high school," Dr. Linn Goldberg of Oregon Health & Science University in Portland told Reuters. "You get the influence of older teens in high school, so when you're a 14-year-old that comes in, you have 17-year-olds who are the seniors, and they can have great influence as you progress into the next stage of your athletic career."

For the study, researchers surveyed nearly 2,800 teen boys and girls in urban areas who were, on average, 14 years old.

When asked about methods they have used to gain muscle, 91 percent of boys said they exercised more while 35 percent admitted to using protein powders or shakes, USA Today reported.

Six percent of boys and 5 percent of girls confessed to using steroids, according to the study.