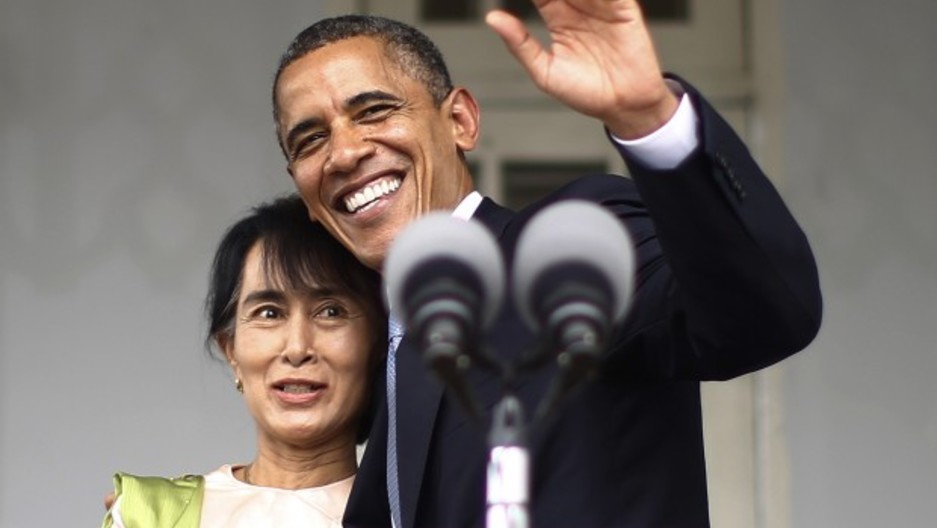 Share
President Obama arrived in Cambodia for an East-Asian summit Monday, just hours after making history by becoming the first sitting American president to visit Myanmar. The World's Asia correspondent Mary Kay Magistad says Obama's first foreign trip since his re-election has irked China, which the president will not visit this time around.